The Facelifted Mahindra TUV300 Might Arrive By This Festive Season 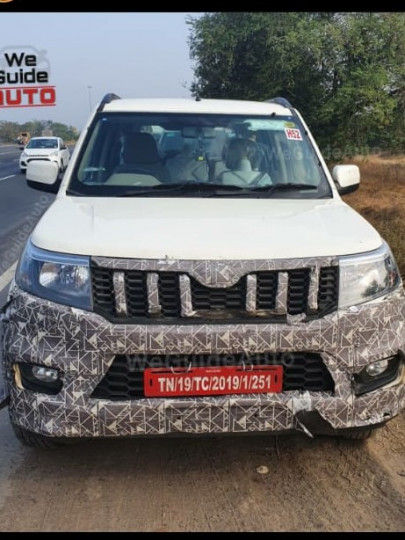 Mahindra has yet to debut the BS6-compliant TUV300, which was discontinued after the change in emission norms. The sub-compact SUV will see its next-gen model receive cosmetic upgrades. Recent spy shots reveal those changes after the update was delayed due to the coronavirus pandemic.

In terms of the design, the TUV300 gets changes to the front and rear and a sportier overall appearance. Up front, it gets restyled headlamps with XUV500-like DRLs, new fog lamps, a revised grille and a new bumper. At the rear, it gets a new set of clear lens tail lights, but otherwise retains most of its predecessor’s rear design and side profile.

We can expect the TUV300 to get a few minor updates to its features list but for the most part, remain similar to the BS4 model. Features that are expected to make a comeback in the SUV include a 7.0-inch touchscreen infotainment system, keyless entry, and steering-mounted controls. It will also get standard safety features such as ABS with EBD, rear parking camera, and the works.

At its heart, the TUV300 is likely to be powered by the same 1.5-litre mHawk engine but with a BS6 upgrade. It will probably put out 100PS and 240Nm just like the engine in the discontinued model. Power will be sent to the rear wheels via a 5-speed manual transmission and the AMT will most probably not be offered as an option again after being axed in the 2019 facelifted model.

Looking at these spy shots, the TUV300 looks ready to hit the markets by the festive season. In addition to this, Mahindra may also introduce the TUV300 Plus MPV. With a facelift and some additional features and updates, expect the TUV300 to be priced higher than its BS4 counterpart, from around Rs 8.54 lakh to Rs 10.55 lakh. Due to its body-on frame chassis, the RWD subcompact SUV has no direct rivals but in terms of pricing, it goes up against the Mahindra XUV300, Kia Sonet, Hyundai Venue, Tata Nexon and will also compete with the upcoming Nissan Magnite.