It was earlier spotted testing on the Delhi-Jaipur highway 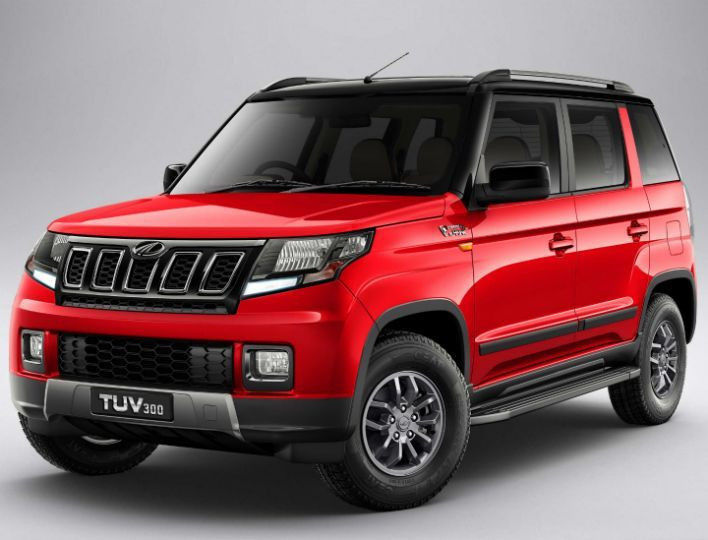 With Auto Expo 2020 only a month away, the focus will mostly be on the event for many manufacturers including Mahindra. The carmaker will showcase a variety of models that include the next-gen Thar, 2020 Scorpio, next-gen XUV500 as well as the XUV300 Electric. Mahindra is also working on the next-gen TUV300 that was spied testing. More images of the 2020 TUV300 have surfaced, revealing more bits. Here’s what has changed:

Unlike the earlier spy shots that revealed only the sides and rear end, we finally have a glimpse of how the 2020 TUV300 could look from the front. It reveals a variety of tweaks that include revised headlamps, redesigned grille, and an updated front bumper. Its fog lamps have also been tweaked. The rest of the body looks near identical to its predecessor.

Interiors of the 2020 TUV300 are yet to be revealed, but we could expect it to retain bits from its predecessor along with additional kit. Some familiar features such as a 7-inch touchscreen infotainment system, steering-mounted controls as well as in-built GPS navigation are expected to be retained. On the safety front, the 2020 TUV300 is likely to retain equipment like ABD+EBD, rear parking sensors with camera as well as ISOFIX child seat mounts.

Under the hood, the 1.5-litre mHawk is likely to be retained, albeit with BS6 upgrades. It currently produces 101PS and 240Nm in its BS4 guise, so we can expect the BS6 upgrade to feature the same power output. While the 5-speed manual transmission and rear-wheel drivetrain could be retained, the recently axed AMT option could be brought back.

Expect the 2020 Mahindra TUV300 to be priced at a premium over its predecessor’s Rs 8.54 lakh to Rs 10.55 lakh (ex-showroom Delhi) price range owing to the upgrades that include BS6 adoption. Mahindra is yet to reveal when the new TUV300 will be launched, but we expect it to be launched later this year. It could also be showcased at Auto Expo 2020. It currently doesn’t have any direct rivals owing to its body-on-frame chassis and rear-wheel drive layout.