The company also talks about entering the European market, and the possibility of an affordable electric bicycle 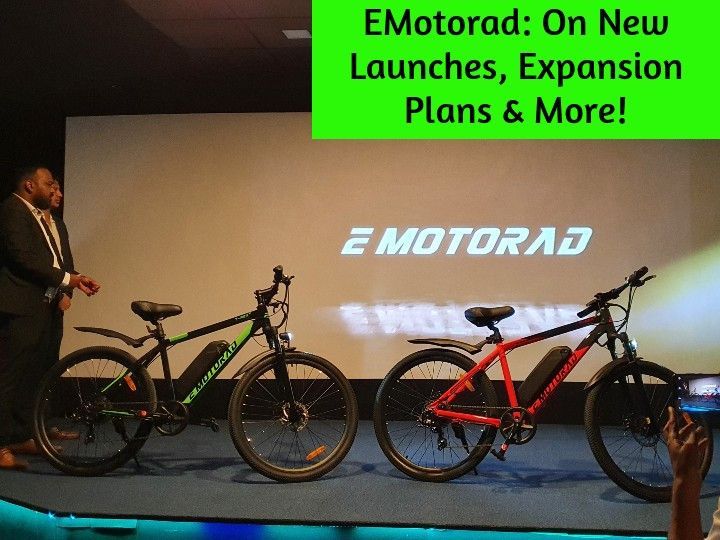 Pune-based electric startup EMotorad has launched the T-Rex Plus electric bicycle and Lil E electric scooter in the country. The former retails at Rs 49,999, slotting it above the base T-Rex (which is around Rs 7,000 less), whereas the latter is meant for in-campus mobility, and retails at Rs 29,999.

The EMotorad T-Rex Plus comes with a 17-inch aluminium alloy 6061 hardtail frame linked to a telescopic fork. It rolls on 27.5-inch all-terrain tyres on spoke wheels, and is powered by an IP-67-rated 250W BLDC hub motor. There’s also a seven-speed Shimano derailleur. The motor is linked to a 10.4Ah lithium-ion battery, which offers a claimed range of around 60km with pedal assist. Its top speed is restricted to 25kmph, and it comes with five riding modes, including cruise control and crawl mode. It has a more comfortable seat than its predecessor, mechanical disc brakes at both ends, and onboard diagnostics. The company also has an even more premium T-Rex Pro on the anvil.

Additionally, the company also launched the Lil E, an electric kick scooter aimed to be an in-campus mobility recreational EV. It also comes with a 25kmph top speed, three levels of assist, a 20km range, 250W hub motor, foldable alloy frame, 7.5Ah, LED instrument cluster and an LED headlight and tail light. It even gets a pair of 8.5-inch honeycomb puncture-proof tyres. This is the first time the company is launching a recreational EV in India first.

Sure, both products command a premium pricing, but that’s the kind of target audience the company is aiming for. They are more of lifestyle offerings, and EMotorad intends to make in India and serve the global market.

As per EMotorad, Japan has one of the most stringent quality checks and the Pune-based EV maker has in fact managed to sell the most in Japan. In addition to this, the company also caters to the UAE and Nepalese markets, and intends to establish its business in seven countries across Europe now, namely: Spain, Italy, France, Germany, Netherlands, and Portugal. And supplementing this, the company showcased two concepts: Malta, an electric city bike and Magnum, an electric mountain terrain e-bike. They come with premium features including integrated Internet Of Things (IOT) connectivity, remote tracking, remote lock, and a smartphone holder that serves as the instrument cluster for the e-bike. The company is also working on a community app, as well as a range of apparels, accessories, and gadgets planned to be launched in the future.

EMotorad also believes the Indian market still has a big potential, so will be focussing on enhancing its premium range in the country. It feels the biggest challenge is awareness more than anything else. THe company is also exploring the possibility of bringing in an e-bike under Rs 15,000-Rs 20,000. However, its arrival will be dependent on how the market matures in the low-cost segment, and also the availability of raw materials at an affordable price. That said, the lithium-ion battery cost forms a major chunk of the product’s costing, thereby preventing it from making it extremely affordable. Hopefully, with greater adoption of EVs in the country, we should be able to see low-cost electric bicycles soon. Let us know what you think in the comments below. 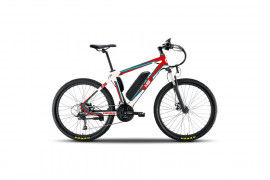 All Comparisons of T-Rex