The wraps will be off the upcoming MPV on November 25, and prices are expected to be announced at Auto Expo 2023 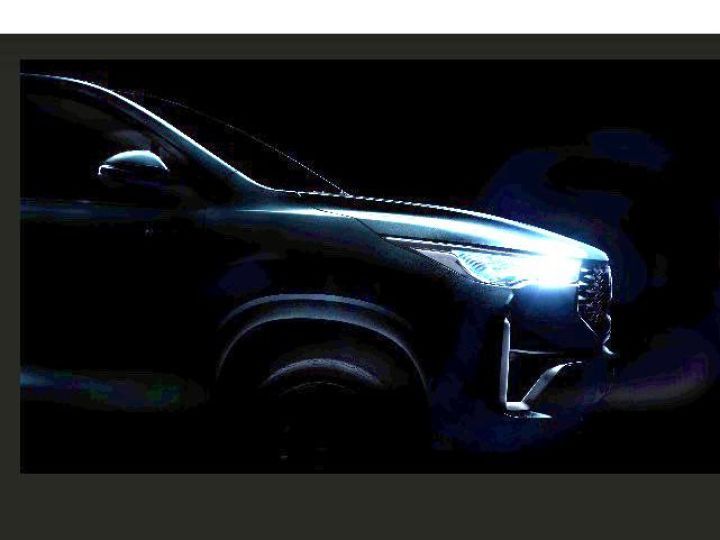 The Innova Hycross has been teased by Toyota’s Indian wing for the first time on its social media channels. The upcoming strong-hybrid MPV will be revealed globally in Indonesia first on November 21, followed by its Indian debut on November 25. It will be sold alongside the existing Innova Crysta in India and is a completely different animal from the outgoing model.

The legend has elevated itself to a new HY, with muscular SUV stance and glamorous yet tough styling. #MyNewHY #ToyotaIndia pic.twitter.com/TKK8lGiEJx

Majority of the revolutionary changes for the Hycross are underneath its skin. For starters, it will be based on a monocoque chassis instead of a body-on-frame skeleton the Innova has been usually associated with. Secondly, there won’t be a diesel engine option, but instead you’ll have a choice of either a petrol or a strong-hybrid powertrain.

The base engine is a 2-litre unit developing around 170PS of power. But for buyers seeking maximum ‘kitna deti hai?’, there’s the new 2-litre strong-hybrid engine that’s expected to develop around 190PS. Also, another first is that these engines will be spinning the front wheels instead of the rears, which is, once again, usually associated with the Innova.

The next set of ‘new things’ comes in the form of features, where the nameplate will get a panoramic sunroof and ADAS features for the first time. Other expected feature additions include a 360-degree camera, ventilated front seats, and a heads-up display. Plus, it’ll also get a large touchscreen infotainment system.