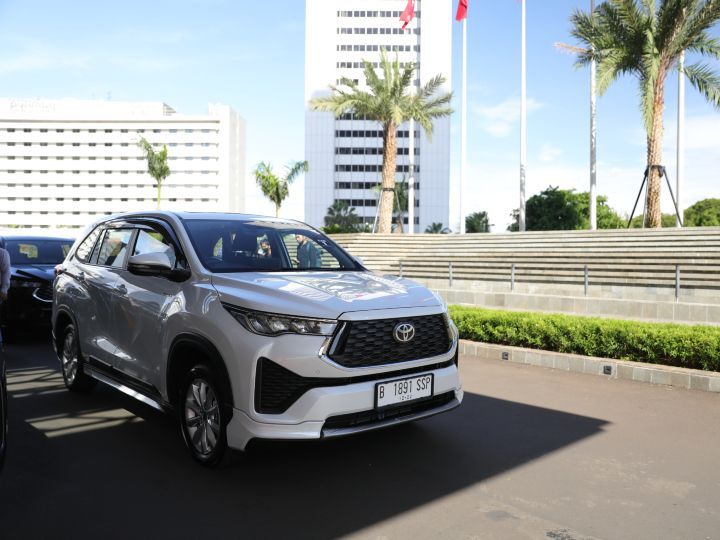 The Toyota Innova, India’s quintessential people mover, has just shed covers off its latest generation in Indonesia as the Kijang Innova Zenix. It will be revealed in India on November 25 as the Innova Hycross and Toyota could also disclose its prices on the same day.

The MPV’s character has grown in terms of its design, which is more an evolution from the Crysta. Even the cabin is more upmarket than before and like before, the MPV can be had either with captain seats or a bench for the middle row. All that’s new on the MPV has been jotted down in our detailed gallery article.

As explained in the table below, there are even bigger changes under its hood. The new Innova doesn’t get a diesel unit anymore, but rather a petrol strong-hybrid and a non-hybrid petrol powertrain options and the power is now delivered to the front wheels instead of the ones in the rear.

The new Innova brings a lot of fresh equipment to the nameplate, features that haven’t been seen on an Innova before. It packs a panoramic sunroof, a larger 10-inch infotainment system, dual screens for rear passengers and a host of ADAS features. The latter is a first for Toyota in the country.

The Innova Hycross isn’t actually a replacement for the current Innova Crysta; instead, it’ll be retailed alongside it as a more premium alternative. It could be priced from around Rs 20 lakh (ex-showroom), and moving out of Toyota’s portfolio, the new MPV will also be a premium option against the likes of the Kia Carens and Mahindra Marazzo. Stick around for updates on its pricing.