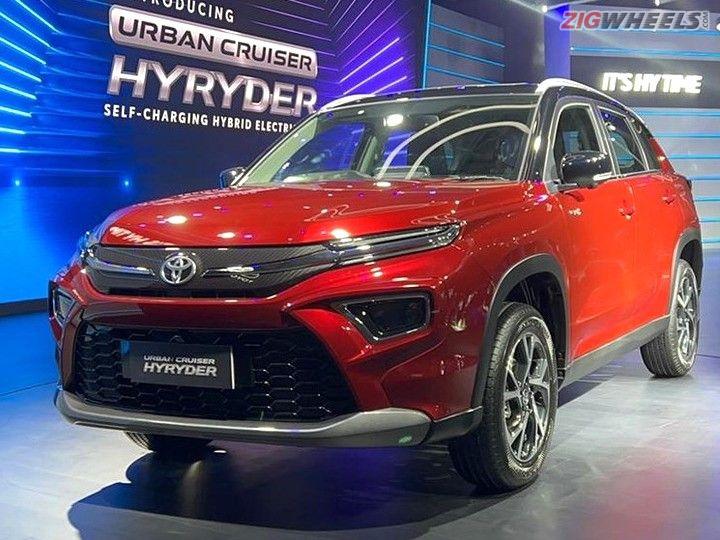 The Toyota Urban Cruiser Hyryder and Maruti Grand Vitara have been fully revealed in India. Both share the same platform and powertrain options, including the strong-hybrid power unit. Based on the variant lineup of these upcoming compact SUVs, we reckon that the Hyryder strong-hybrid will have a lower starting price than the equivalent Grand Vitara. Here’s the reason.

With the Hyryder S, you’ll have to settle for fewer features than the Grand Vitara Zeta+. The entry-level S strong-hybrid will miss out on niceties like LED headlamps, a 9-inch infotainment touchscreen, panoramic sunroof, head-up display, wireless charger and front side and curtain airbags when compared with the Grand Vitara Zeta+ and its own G variant.

However, it will still be equipped with a rear parking camera, cruise control, auto AC, a 7-inch touchscreen infotainment system with Android Auto and Apple CarPlay, and hill hold control as well.

The Toyota-Maruti 1.5-litre petrol strong-hybrid power unit offers a combined output of 116PS. Maruti’s tried and tested 1.5-litre mild-hybrid petrol engine is also an option these SUVs come with. Besides the segment-exclusive strong-hybrid, Hyryder and Grand Vitara also boast of an AWD drivetrain with the mild-hybrid manual variant.

Maruti claims that the Grand Vitara will offer up to 27.97kmpl with its hybrid, while the mild-hybrid variants will deliver up to 21.11kmpl, and same goes with the Hyryder.

The Maruti Grand Vitara and Toyota Hyryder are expected to retail from around Rs 9.5 lakh (ex-showroom). Both are likely to go on sale towards the end of August or early September with the Toyota due for launch first. They will rival the might of Hyundai Creta, Kia Seltos, VW Taigun, Skoda Kushaq and MG Astor.