A new 13-seater test mule got us thinking – isn’t it an opportune moment for Force to build an off-roading pickup truck? 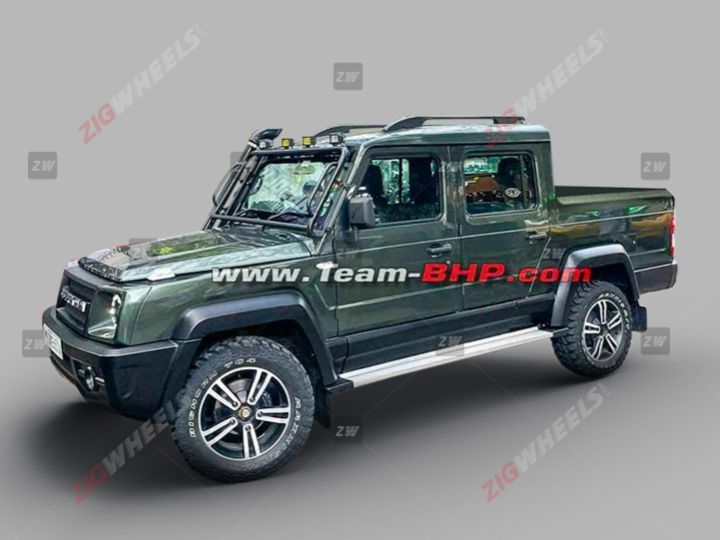 Call it an after-effect of the pandemic, but more people want to go off-roading, overlanding and for other car-based recreational activities than ever before. Pickup trucks are all the rage, but their popularity is limited by their lofty prices – even the lower-priced models cost upwards of 25 lakh (ex-showroom).

Earlier today, we saw a new test mule in Pune that got us thinking – wouldn’t a Force Gurkha-based pickup truck look a bit like a budget Mercedes G Wagon 6x6 or Jeep Gladiator?

That’s when we came up with this render image:

With the new five-door Gurkha coming up, versions with a variety of seating configurations have been spied, from six-seater all the way to a massive 13-seater based on the donor commercial car Trax Cruiser.

But it begs the question – don’t the Gurkha’s ladder-frame platform and rugged 4x4 drivetrain make the perfect underpinnings for a twin-cab pickup truck?

Is a Gurkha-based pickup truck even possible?

Why not? The Force Gurkha is based on a ladder frame platform similar to most pickup trucks sold around the world, including the Toyota Hilux and Isuzu V-Cross. Ideally, a Gurkha-based pickup should have a twin cab with seating for five people (captain seats would likely take up too much space). The rest is relatively straightforward – affix a truck bed behind the cab and transplant the diesel 4x4 drivetrain from the existing Gurkha.

The 13-seater Gurkha presents the perfect opportunity for this – its long wheelbase can accommodate a large truck bed behind a five-seater cab. Just see the rendering!

A Gurkha-based pickup truck is clearly a possibility. In fact, Force already makes a single-cab commercial pickup truck called the Kargo King in eight-foot and nine-foot bed variants. A lifestyle off-roading Gurkha pickup could give Force an edge over rival carmakers that don’t offer an off-roader SUV-based pickup truck.

The Force Gurkha is currently available as a four-seater with second-row captain seats, but variants with larger seating capacities are in the works. The five-door, six-seater Gurkha version with captain seats for the second and third-row was spotted earlier this year. More recently, an eight-seater Gurkha was spied with side-facing jump seats in the third row. From the latest spy shots, it seems that the 13-seater elongated five-door Gurkha will get large side-facing seats behind the second row, too. Despite its larger seating capacity, it’s reportedly powered by the same 90PS, 2.6-litre diesel engine as the existing Gurkha.

You can’t deny that the Gurkha’s stern front fascia and snorkel air intake would make for a cool-looking truck. Its basic interior design and sparse list of features aside, the Gurkha pickup is likely to offer a lower-priced alternative to the Isuzu and Toyota trucks that cost upwards of Rs 25 lakh (ex-showroom). Force Motors, are you listening? 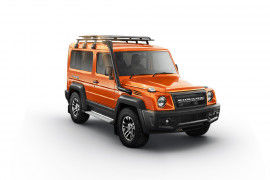 All Comparisons of Gurkha