Mahindra Will Commence XUV700 Deliveries From The End Of This Month

The first deliveries will be the petrol variants, followed by the diesel variants from the end of November this year 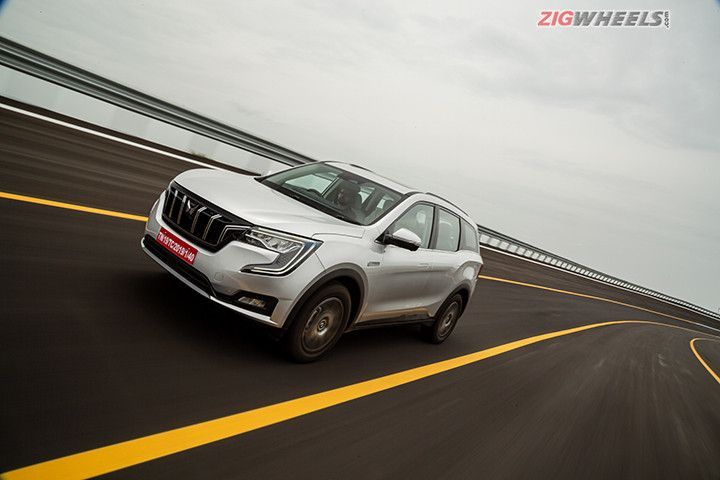 After revealing all the prices, and opening up bookings, Mahindra has officially given a timeline for when deliveries of the XUV700 will commence. The petrol variants will be the first lot of XUV700s that will be delivered at the end of October, with diesel variant deliveries being commenced in the final week of November, 2021.

So far, the XUV700 has already surpassed the 50,000 bookings mark within two days of bookings being opened, and is sold out for the next six months. Keep in mind that in the second set of 25,000 bookings, introductory prices were scrapped and ranged from Rs 12.49 lakh to Rs 22.99 lakh ( ex-showroom, pan-India), an increase of Rs 50,000. Any bookings now will have to pay prices at the time of deliveries.

The XUV700 can be specced in five and seven-seater layouts in the MX and AX (AdrenoX) trims, the latter further spreading out to the AX3, AX5, and AX7 variants. It comes loaded with features such as a 10.25-inch touchscreen infotainment system with wireless Apple CarPlay and Android Auto, connected car tech, a digital driver’s display, and a panoramic sunroof. Features like a Sony 3D sound system and a 360-degree camera come in the Luxury Pack for an additional premium of Rs 1.8 lakh.

Speaking of powertrains, the petrol option is a 2-litre engine, with the diesel motor being a 2.2-litre unit. Manual or automatic transmission options are on offer for both engines, but only the AX7 diesel-automatic can be specced with an optional all-wheel drivetrain for a premium of Rs 1.3 lakh.