How Fast Does Citroen eC3 Get To 100kmph? We Answer In Our Reel 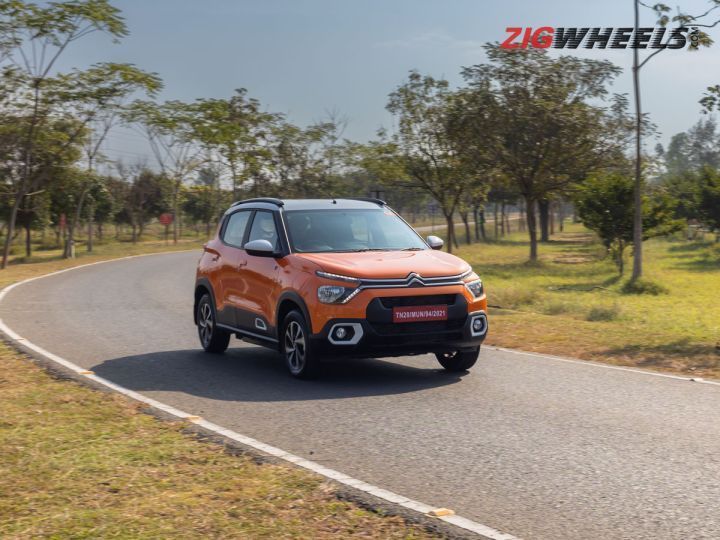 The Citroen eC3 is the latest electric hatchback to land on our shores. In fact, India is where the hatchback actually took its first steps, however, it has only shed its covers as of now and the launch is due in February.

Now, we’ve already driven the EV, albeit for a truncated period and our first impressions have been jotted down here. And while Citroen has revealed pretty much everything there is to know about the EV, the French carmaker kept one crucial detail to itself - the zero to 100kmph time. Naturally, before people started throwing guesses in the air, we went out and tested the same in real life conditions.

Citroen claims that 60kmph comes up in 6.8 seconds. Not bad for something that only belts out 57PS and 143Nm. But the story goes downhill from there as the march on to 100kmph takes another 10.08 seconds, so that’s 16.88 seconds in total, as tested by our own Editor, Ameya Dandekar. This run was done with two people inside and in all fairness, the time could see a drop when tested with only a single and…ahem, leaner person on board.

In comparison with the standard C3, the eC3 is nearly two seconds slower and that comes as a shock because the trend generally has been that electric derivatives are quicker than their ICE-iterations. But we reckon, the added weight and the lack of oomph are the factors behind this difference. It has a kerb weight of 1,316 kg, nearly 300kg more than the standard C3 (1035kg).

Pre-bookings for the electric hatchback opened on January 22 and its launch is scheduled for February. The EV’s prices are likely to start from around Rs 10 lakh (ex-showroom) and its one and only rival in the country will be the Tata Tiago EV.