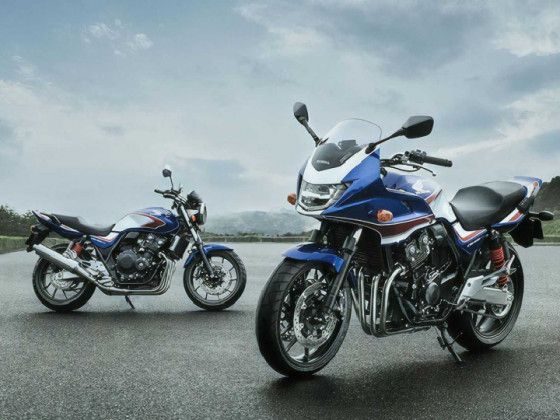 It’s the end of an era with Honda’s decision to pull the plug on the iconic CB400 Super Four bikes. This pocket-sized, 400cc, inline four-cylinder screamer has served as a bedroom poster, garage-goal and simply as pure two-wheeler erotica for decades now.

However, with Japan having decided to help the Polar bears by adopting the Reiwa-2 emissions norms (same as BS6), motorcycles like the CB400 Super Four will need a fair bit of work to keep them from burning a hole in the Ozone. Hence, Honda has done the humane thing by giving the icon a special farewell with a 2022 Final Edition livery before shelving production completely.

For 2022, the CB400 Super Four and Super Bol d’Or (quarter fairing) Final Edition motorcycles offer a proper homage to the iconic Japan-only model. Still wearing the classic design and still powered by a 399cc, inline four-cylinder engine that makes 54.9PS at 11,000rpm and 40.1Nm at 9500rpm, bidding them farewell is almost as sad as the fading of two-strokers.

The underpinnings on the final edition remain the same as before. You get a preload adjustable telescopic front fork, twin preload rear shocks with an aluminium swingarm. Braking is managed by twin front discs with four-piston calipers and a single rear disc with a single-piston caliper. You get dual channel ABS as standard and 17-inch alloy wheels.

It’s an iconic design, and hence, like the Kawasaki Z650 RS the instrument consoles on the CB400 Final Editions are twin analogue pods with a small digital LCD unit squeezed in-between. The headlights are modern LED units that do not intrude the retro look of the motorcycles.

Finally, all we want to say to Honda for the CB400 Super Four is, arigato!