They can be wrapped on Royal Enfield Classic 350, Yamaha FZ-Fi, Yamaha R15 And More 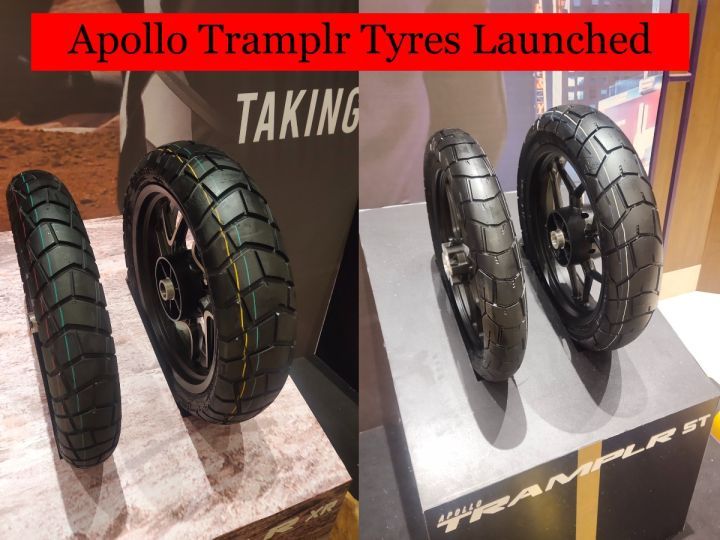 Apollo Tyres has launched two new Tramplr series of block patterned rubbers, meant for bikes between the range of 150cc to 500cc. The new rubbers will offer the bike more capability on broken tarmac as well as for adventure touring. However, these tyres will not be helpful for extreme off-roading or hardcore enduro.

The third variant of the XR series gets R17 at both ends. The suffix R in all three variants denotes steel radial technology, which offers better road contact and more flexible side-walls, as a consequence ensuring more confidence while cornering. Coming back to the XR range, it comes in 110/70 section up front and 150/60 at the rear. These fit the bikes that fall between the 250cc to 350cc segment including the KTM 250 Duke, BMW G 310 R and Honda CB300 R.

Unlike the XR, the Tramplr ST comes in two variants with both flaunting 17-inch rubbers at both ends. The first variant of the Tramplr ST is offered for models like the Bajaj Pulsar NS 160, TVS Apache RTR 160 and 180, and the Honda Unicorn.  The tyre section sizes are mentioned below:

Apart from that, Apollo Tyres is also working on a 21-inch front rubber compatible with the Hero XPulse 200 and the Royal Enfield Himalayan and it will be launched in December this year.