When launched, it will sport a Mahindra badge and a different name 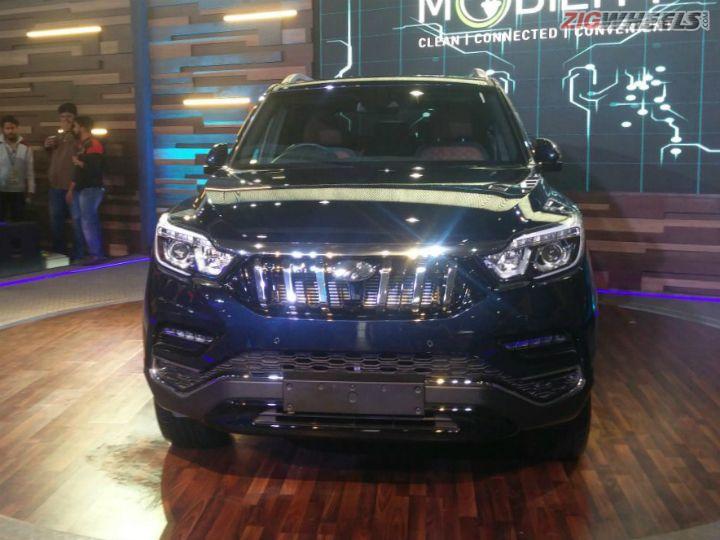 Mahindra is yet to introduce a product in the full-size premium SUV segment. An SUV that can take the fight to the Toyota Fortuner and the Ford Endeavour. But finally, it looks like this year we will see the SUV enter the segment. At the Auto Expo 2018, Mahindra has announced that it will be bringing the G4 Ssangyong Rexton to India. But unlike before, the Rexton will not be sporting the Ssangyong badge but a Mahindra one and will have a different name as well, probably ending with ‘o’.

The car showcased at the Expo did have the new traditional Mahindra grille along with the Mahindra badge. It will be powered by a 2.2-litre 4-cylinder turbo diesel engine which makes 170PS of max power and 420Nm of peak torque, mated to a 7-speed automatic gearbox. Internationally, it is also available with a 2.0-litre turbo diesel that makes upwards of 200PS but that engine will not be making it to Indian shores. The SUV will most likely be available in both two-wheel and four-wheel drive variants. The four-wheel drive variants should come with a locking differential and a low-ratio transfer case as well.

Other features include HID lamps, climate control, ventilated seats, 8-inch touchscreen infotainment system with satellite navigation and leather seats. In terms of safety, it will have up to 9 airbags, ABS and Hill descent control and could also come with traction control and cruise control. When launched, Mahindra's version of the SsangYong G4 Rexton it will be priced aggressively against its rivals.