BREAKING: LML Resurrected In India With The Unveil Of Three Distinct Electric Two-wheelers

India launch to take place in the second half of 2023 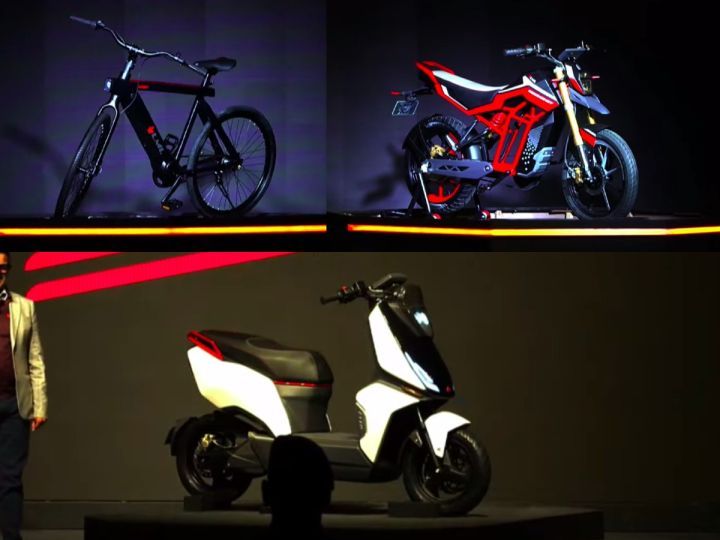 LML has re-entered the two-wheeler market in India with three distinct electric two-wheelers – LML Orion, Moonshot and Star. The iconic brand that was famous for its scooters in the 20th century will be launching the new EVs in the second half of 2023.

LML has resurrected the ‘Star’ moniker in an electrified version. The new LML Star gets a really futuristic, edgy body design which slightly resembles the styling of a maxi scooter. The most interesting bit of the e-scooter is that it gets a display panel on its fascia that can show a custom text message.

It features decent hardware too including a telescopic fork and what appears to be a monoshock setup with an aluminium swingarm. For braking, it gets discs at both ends. Other specifications of the e-scooter are still under the wraps.

The LML Moonshot is an e-bike that gets quite the dirtbike design language with a fuel tank that is slim and high. It also gets a long single-piece saddle, high-rise beak-like fenders and a bare frame.

In terms of underpinnings, it features a premium USD fork and a monoshock suspension setup. And for braking, It gets discs at both ends.

While its appearance suggests a performance-oriented dirtbike, but the existence of pedals and the teased 70kmph top speed says otherwise.

The LML Orion is an electric bicycle which has a rather intriguing design language which looks like a hybrid between a sports cycle and a regular one. Apart from that, the e-bicycle gets haptic feedback technology along with an inbuilt GPS system for onboard navigation.

View All
View All
Trending LML Bikes
All LML Bikes