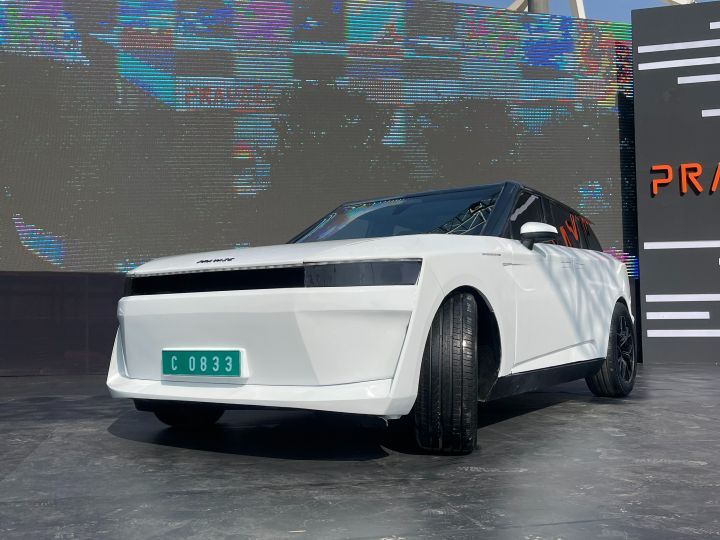 Pravaig. the Indian startup based in Bengaluru has officially forayed into the electric SUV space with the launch of the Defy EV. Priced at Rs 39.5 lakh, order books for the EV are open and Pravaig says deliveries will commence in late 2023. The Pravaig Defy with over 400PS of grunt and over 500km of range has its specifications matching luxury SUVs from German brands costing thrice!

Well, it's just different to anything on the road currently. As befits its moniker, the Defy defies conventional styling with its angular creases and sharp edges. The front is rather simple with a thick strap spanning the width of the front bumper, flanked by headlights that seem cohesive with the said strap. The front bumper looks rather plain Jane in comparison to its other styling elements.

In profile, you’re met with a couple of creases, which quickly gets outshadowed by the sloping roofline which looks rather sporty. The boot lip spoiler along with the roof spoiler further up the sporty quotient at the rear. A single strap of LED lights runs right below the rear glass window and spans the length of the trunk. The upright stance, sharp but clean lines, a sloping roofline, boxy proportions and, in general, its overall presence is sure to split opinions.

The Defy follows a sustainable theme on the inside. Use of eco-friendly materials is prominent with materials like recovered nylon, vegan leather and technical textile from PET bottles. There’s also a big Tesla-like 15.6-inch touchscreen infotainment system as far as goodies are considered. Other notable features on board should include cooled and powered front seats, a dual pane glass roof, air filter and ambient lighting.

Pravaig has equipped the Defy with a 90kWh battery pack which sends charge to dual electric motors putting out a whopping 402PS and 620Nm to all four wheels. The setup offers a range of over 500km. The 100kmph mark from standstill pops up in 4.9 seconds and the SUV will take you to a top speed of up to 210kmph. Charging from nought to 80 per cent takes 30 minutes when plugged-in to a 160kW DC fast-charger.

Alongside the Defy, Pravaig also showcased the Veer; an off-roading assault version of the Defy with the armed forces being its primary customer base. With a decent powertrain specification, features list and erm… a different approach to styling, the Defy is a unique proposition, one that has its sights set on German rivals which cost thrice the price. Its closest rivals are the Volvo XC40 Recharge and Kia EV6, while its specifications are nearly similar to the Audi e-tron, BMW iX, and Mercedes-Benz EQC.

All Comparisons of DEFY