India pre-Kona and post Kona - will our automotive timeline be divided this way by the country’s first true EV? A drive around Seoul in the upcoming Hyundai crossover gives us a good idea. 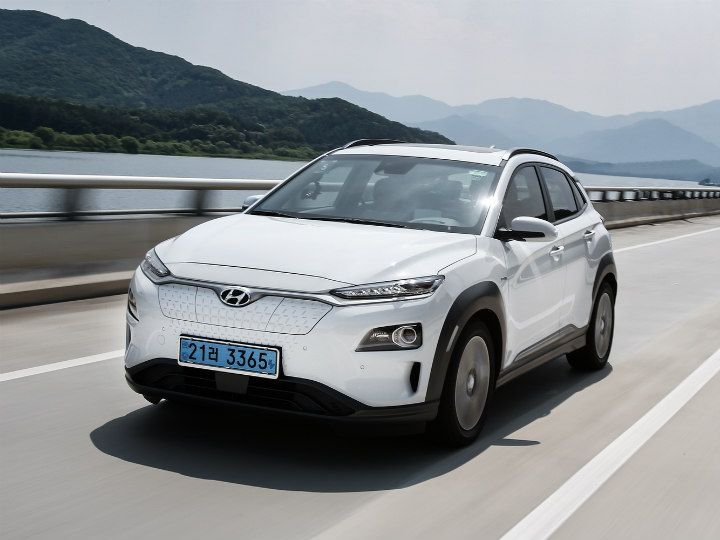 A small window to indulge myself opens up on the busy eight-lane highway. As I toggle the Drive mode to Sport, the driver’s cluster gets a tinge of red. I put my right foot down. A giggle escapes as I get pressed into the seat. The lack of drama and effortlessness is hilarious. Ah, EVs.

India’s tryst with electric vehicles begins in earnest with the arrival of the Hyundai Kona. While it isn’t the first EV to go on sale in India, the clean-mobility revolution might mark the Kona’s arrival as a landmark of sorts. To do so it has to bring credibility to EVs and convince the shrewd desi to go green. A drive around the Hyundai Kona’s home turf tells us whether the Kona EV is ready for India or not.

If EV is the new normal, the Kona is certainly playing it cool. Your neighbours might not gawp at it at first, however, the Kona EV will draw attention. The lack of a grille on its nose will confound onlookers. Curiosity piqued, the electric badge on the tailgate and the charging port tucked away under a flap on the nose will excite them further. The blade-like design for the 17” wheels will strike them as mildly futuristic too. I think more conventional alloy wheel designs would do justice here.

The split LED DRL and headlamp setup (full-LED’s in this case) has debuted on more than one vehicle in India, including the Hyundai Venue. However, the slinky athletic stance created by the swept back windscreen, the rolling roofline and the sharply styled sides will draw attention. Going by the 158mm (approx) of ground clearance you aren’t going to think of this as an SUV either. So, its attitude is quite different from Hyundai's Venue and Creta. In terms of dimensions it slots somewhere in between the two. The height is 95mm lower than the Creta but it is 185mm longer than the Venue. The 2600mm wheelbase is long, which allows more room to pack in batteries.

Like the exterior, the cabin too goes for a “normal” feel. The design, as we have seen in the Santro and Verna, is restrained -- maybe even a bit retro, as is emphasised by the shape of the air-con vents and the tile-like buttons. The crisp 8” screen for the AVN and the 7” colour digital display for the driver and heads-up display are the ones upping the tech quotient here. The driver’s display sits in a round bezel and can mimic a speedo while providing you other information. It can also be swapped to give you navigation instructions. The car we drove in Seoul was also equipped with a “combiner” type heads-up display which feeds the driver more information than just the navigation instructions.

The supportive seats are ventilated to you cool wherever you go. As a feature-packed green option for a young family, the Kona EV will prove more than adequate. But as a full fledged family SUV, this won’t quite tick the right boxes. The backseat will accommodate taller occupants in terms of headroom, but knee room will be tight. Also, the sense of space is a bit crunched. Sitting three abreast will definitely be a squeeze here. At 332 litres the boot space is less than the Venue’s 350 litres. Erm, let’s stick to the front row, alright?

The top of the line Kona EV equipped with the larger 64kWh battery pack has a top speed of 167kmph, which is just 13kmph more than the 39Kwh version. For clarity, the 39kWh option sends 136PS of power and 395Nm of torque to the road. Whereas the 64kWh version delivers 204PS of punch and 395Nm of torque. A 0-100kph time of 7.6 seconds versus 9.7 seconds establishes the pecking order firmly. However, the key difference between the two is the range. While 289km of real world range (WLTP) is enough to quell most concerns regarding range anxiety, the promise of 449km changes the game entirely. Incredibly, a fast-charger can pump up the 64kwh back up to 80 per cent in 54 minutes!

Let’s leave that for later. For now, press the D button and choose Sport mode. Do it! Now, let the 395Nm of torque stretch the smile for you. Cheese! The speedo nudges into triple digits without any sign of letting up. The accompanying silence make it all the more ludicrous. As we close in on the traffic up ahead I pull the left paddle a couple of times and the regenerative braking (there are four levels) takes care of decelerating the Hyundai and ends up charging the batteries. A long hold of the left paddle can even slow you right down to a stop. Instead, I pull the right paddle to ease the motor’s drag as we sync in with the speed of the traffic around us.

Surfing around the outskirts of Seoul, it really felt that way because of the silence; the Nexen tyres ensured that tread noise noise wasn’t obvious even at motorway speeds. The mild levels of road noise didn’t hamper conversations. The Kona cruised leisurely, showcasing its genuine long distance companionability. It stepped forward smartly to tackle traffic and stopped with confidence. Basically, it did what was expected of it, but with finesse.

Except for ride quality. The Kona packs all-independent suspension which proved to be good at taking the edge off bigger bumps. However, over lightly broken or undulating roads, the kind we have plenty of in India, it does jostle you around. The firmness of the suspension tosses you around lightly but unerringly.

Also, the ground clearance in the Korea spec seemed too little to deal with Indian conditions. The metal case that surrounds the battery pack juts out underneath and looks reassuringly sturdy. But Hyundai is likely to retune the suspension so that the Kona deals with road conditions better. This will change the ride quality, but we will have to see what it feels like when we drive it on home turf.

Also, it isn’t much fun to hustle as the lifeless steering will take the joy out of a good road. The lack of a sense of connection, and the body roll, will make this less of an enjoyable experience and more of a chore.

Most important is the charging infrastructure. At launch the Kona will be available in sixteen cities and fast-chargers will be installed at most of these dealerships. Kona owners will be allowed to charge here for free. Customers can get a home charger box installed at an extra cost, which will fully charge the 64kWh version in 8-10 hours. The standard 220V cable that plugs into a regular wall socket will take much longer, which really isn’t a smart option.

Talking of smart, the Lane Follow Assist is quite handy. It is not to be confused with Lane Keep Assist which keeps a car from straying into another lane. This newer Advanced Driver Assistance System keeps the car centered in the existing lane. Of the other ADAS features, the Smart Cruise Control with Stop and Go was a highlight too, perfect for commuting! Smarter collision avoidance and mitigation systems can now identify cyclists too, and you also get blindspot collision warning and rear collision warning systems. Of these, the radar-based features are unlikely to come to India to keep costs in check.

The Hyundai Kona will boost the credibility and desirability quotient of EVs. On our drive we saw the range diminishing less than expected and that was with some excitable feet tapping out the commands. The Kona EV’s poise in the way it performs convinces us of this EV’s everyday usability even more. While it is packed with features and technology, its lack of backseat space won’t let it fit right in as a family SUV. Its readiness for Indian roads will have to be proven, be it in terms of ground clearance or ride quality.

The price also remains a question mark. Even though the Kona will be assembled in India, its price tag is expected to be around Rs 25 lakh. Until Hyundai decides to make electric vehicles in India, right from packing made-in-India batteries into a made-for-India car, a Hyundai EV for the masses remains unreachable. So while the Kona may not draw a line in the sand, this Hyundai is undoubtedly setting the bar that all EVs will have to match up to.