When the Rupee One Lakh Car can be fetched for much less, there's reason to stop and take notice 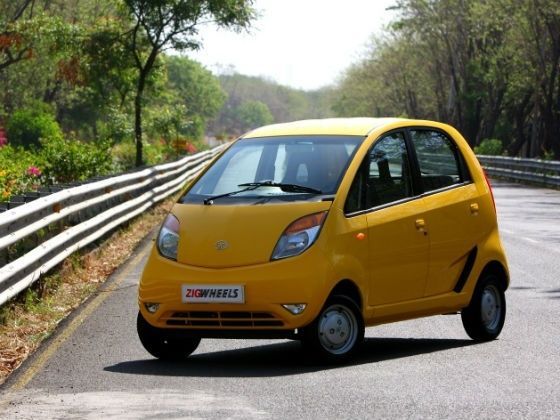 You can call the Tata Nano a lot of things – poor man’s car, world’s cheapest car or the car that fizzled out after a massive launch. But one thing you can’t call it is a bad car for its price. The Nano is an example for generations ahead in frugal and innovative engineering. Keeping things simple makes the Nano easy to own and run and as a used car, a safer bet to buy than most other cars in the market. At the heart of it, the Nano sports a 624cc two cylinder petrol engine stacked under the rear seat. It produces 38PS of power, enough to haul the 600kg hatchback at pace with traffic in the city.

This 0.6-litre engine is small no doubt but mated to the 4-speed manual gearbox specifically engineered for the Nano, has spring in its stride. The lightweight hatchback feels nimble in the City and although it isn’t a car for the highway, the Nano can cruise at high double digit speeds if need be. Small 12 inch wheels and short wheelbase give the Nano a choppy ride but that was expected of a car of this size. It’s maneuverability is fantastic and the city and can be parked in the tightest of spots giving the Nano an advantage over rest of its 4-wheeled brethren. Lack of power steering does make the Nano a tedious car though at crawling speeds. The Nano Twist with its power steering came only this year so you will not get a power steering equipped Nano in the market just yet.

With the wheels pushed to their extremities and very little storage space to boast of, the Nano has been optimized for a large cabin. The car’s height further adds to the space on the inside and the slender door panels and bare bones basic dashboard make more space than you’d expect of a car of this price and size. Fitting in a fifth passenger is a squeeze though as the Nano isn’t a wide car. On the features front, the base variant gets nothing. The mid spec Nano gets air conditioning and the top end LX variant (we are excluding the newer Nano Twist versions) gets fog lamps, front power windows, a trip computer, and an audio system with Aux-in and USB connectivity.

While Tata Motors quotes an ARAI certified mileage for the Nano in the range of 25kmpl, the Nano will return a shade under 20kmpl in normal driving conditions consistently.

The Nano as we mentioned earlier, takes you back to cars of the old, simple build and fewer electronics to mess with the car as it gets older. That makes the car easier and cheaper to repair and that is a major aspect in favour of a used Nano. That said, electrical like power windows on the top end version and electricals in general for cars that come fitted with aftermarket equipment needs to be checked. That’s because the Nano has a small battery that isn’t capable of handling high demands. It tends to drain out earlier as well and has a shorter life than on most other cars. It is best to opt for a car 2012 onwards as Tata Motors sorted out a lot of issues that plagued the car when it was launched by then. The Nano is the most affordable car to buy and run in the used car market so if you are looking for a first car to learn driving or a really cheap city runabout, it’s a good car to put your money on.