The Honda Activa 3G is the latest iteration of the most popular automatic scooter in India. Can the new scooter live up to the legacy of its predecessor? We get you the answer 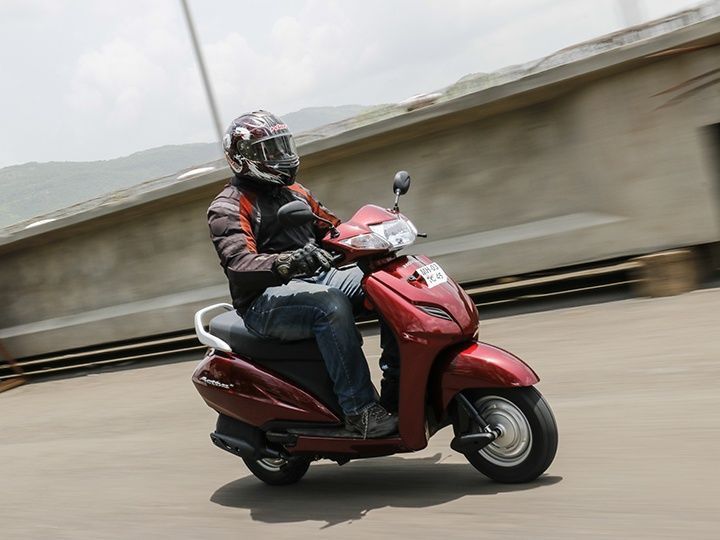 Scooters sales have gone through the roof in the past few years and have witnessed a double digit growth on regular basis while motorcycles have struggled. This doesn’t really come as a surprise. They are easier to ride (no need to engage gears manually), nimble, have the benefit of under seat storage and are reasonably frugal as well. But almost 14 years back, automatic scooters were on the verge of extinction from our market. At this point, Honda commenced their Indian operations with the Activa against many word of warnings from industry experts who felt Honda was committing a grave mistake. But they couldn’t have been more wrong. The Japanese two-wheeler manufacturer currently sells almost 2 lakh units of the Activa every month and it currently holds close to 43 per cent market share. Such has been its success that it can be dubbed as the genesis of the current automatic scooter market in India. Despite the fact that the Activa has been on sale for so many years it has received only three updates. And today we ride its latest iteration – the Honda Activa 3G.

Honda claims to have given a cosmetic makeover for the Activa 3G. Yet, in a glance, the new scooter looks exactly similar to its predecessor. Look closely and you will realise that the front fascia has been tweaked mildly with a restyled and larger faux vents. Also the handlebar mounted headlamp and turn indicators have been given minor updates. It seems to be a deliberate strategy of the Honda designers to maintain the typical “Activa face” on the new scooter as the basic design DNA has been left untouched. The most striking visual difference between both the generations of Activa can be made from the rear.

The new Honda Activa 3G gets a bolder tail lamp that does gel nicely with the rear unit and it now sports a 3D emblem. However, the overall design of the Activa 3G is a bit bland for our likening. We feel the Japanese manufacturer wants to keep the styling plain and simple to please the mature customers. The analogue instrument console has been carried forward from its predecessor and is easy to read on the go. Switch gear quality is average while the overall build quality of the scooter is good. Under seat storage is average as we could manage to only fit a half face helmet.

The Honda Activa 3G continues to be powered by the tried and tested 110cc motor as seen on its predecessor. The air-cooled, single-cylinder mill churns out 8PS of maximum torque and 8.8Nm of torque. The Honda Activa 3G is a peppy scooter and has good acceleration owing to a strong bottom end. The scooter can cruise at speeds around 60kmph without any effort but feels strained once the dial crosses 70kmph. Another aspect of the Honda engine is its brilliant refinement. Riding posture on the Honda Activa 3G is upright and comfortable with decent footboard space. Pillion comfort is also nice owing to the aptly cushioned seats and chunky grab handle.

Rather than carrying high speeds through a corner, a scooters primary objective is to be agile in city traffic. The Activa 3G is quick on its feet and changes directions with aplomb so that the rider can squeeze out through the tightest of gaps. Braking is done via drum brake at front and rear while CBS (combi brake system) is standard. The drum brake setup do a good job in shedding speeds and also provide decent feedback. Ride quality is one aspect where the Activa needed improvement. Sadly, the Activa 3G doesn’t address this issue. The new scooter from Honda still employs a trailing link suspension at front which results in the handle bar juddering every time one rides over broken roads and telescopic front forks should have been added.

Fuel efficiency is one aspect where automatic scooters have improved vastly with the help of technology. The Honda Activa 3G also features the patented HET (Honda Eco Technology) that reduced friction between the mating parts. This results in better thermal efficiency and fuel combustion thereby reducing wastage of fuel. Talking about mileage, the Honda Activa 3G returned us an overall figure of 56kmpl which is impressive. The scooter has been priced at Rs 49,400 (ex-showroom Delhi) which makes it a few grand dearer than its predecessor.

Overall, the Honda Activa 3G still remains a good 110cc scooter option. The brilliantly refined engine, impressive fuel efficiency and nimble handling make it a great option as a city commuter. But with competition stepping up the game, we expected the Honda Activa 3G to be loaded with new features, more design flair and better cycle parts. Guess we will have to wait for more time before the Japanese two-wheeler giant addresses these shortcomings.