Maruti is offering you the Ciaz diesel with a new 1.5-litre engine. Is it a strong enough improvement over the outgoing 1.3-litre to justify its price premium? 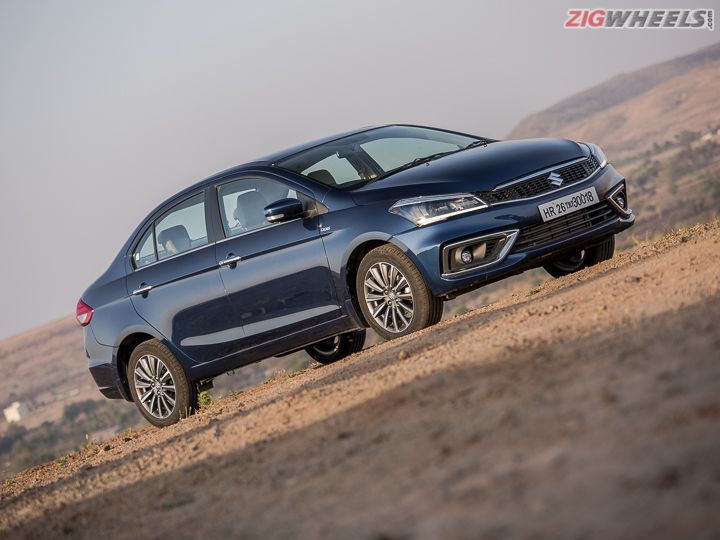 Maruti Suzuki finally took the lid off its new 1.5-litre DDiS225 engine and have added this motor to the Maruti Suzuki Ciaz’ list of diesel engine options in the Delta, Zeta and Alpha variants. The price premium ranges from Rs 17,000 to Rs 35,000 depending on the variant. We finally managed to get our hands on the Ciaz equipped with this new engine to put it through the paces in our road test.

So what’s new with the 2019 Maruti Ciaz?
Nothing has changed with the 2019 Ciaz when compared to the 2018 facelift. You can read about all the updates here in our first drive review. Just to recap, the facelift brought a new grille, LED headlamps, DRLs and fog lamps, LED elements in the taillights and a new alloy wheel design. Functional tweaks included the addition of cruise control and a new TFT colour driver’s info screen. And of course, the most important change is the addition of the all-new 1.5-litre diesel powerplant.

The big change
Maruti’s Fiat Multijet-derived 1.3-litre diesel engine has been the go-to staple for many manufacturers - Maruti, Tata, Chevrolet and Fiat all have used the 1.3 Multijet in a number of their cars. And even though Maruti’s version is one of the most nicely tuned versions we have driven, we have to say we’re not going to miss it much. While in its 75PS state of tune it was a fairly pleasant engine to drive, the 90PS was more of a means to an end (it also had to power heavier vehicles like the Vitara Brezza, S-Cross and the Ertiga), rather than the best solution.

The larger turbo kicked in like a punch in your stomach and no matter how light you were on the throttle, shifting gears in the city was quite literally a pain in the neck. The addition of Maruti’s SHVS mild-hybrid system did help with low down torque to some extent, but didn’t make enough of a change to smoothen out the torque punch when the turbo kicked in. With the new 1.5-litre 225DDiS, Maruti has adopted the old school ‘no replacement for displacement’ approach to develop a larger engine which has only a slight bump in power and torque, but makes a big difference to the drive.

The numbers
The DDiS225 makes 95PS@4000rpm and 225Nm of torque between 1500-2500rpm. This is a slight increase over the 90PS and 200Nm of torque developed from the DDiS200 Multijet derived motor. In our efficiency tests, the Ciaz managed a very commendable 22.43kmpl highway figure and 19.49kmpl in the city. That said, this is quite a bit lower than the 26.82kmpl claimed figure. The new diesel also loses the SHVS mild-hybrid system that uses power from a lithium battery to help boost low down torque. And while the 1.3-litre engine did feel much more responsive with the SHVS system, the new engine feels even better.

We haven’t tested the Ciaz with the 1.3-litre DDiS200 engine yet, but we have put the S-Cross and the Vitara Brezza, both equipped with the DDiS200, through their paces in a proper test. The Vitara Brezza managed an incredible 21.7kmpl in the city and 25.30kmpl in the highway run while the S-Cross managed 19.16kmpl in the city and 20.65kmpl out on the highway. Using these figures as a reference, we can say that despite the increase in performance, the DDiS225 isn't too far behind when it comes to real-world efficiency.

Driving
The first obvious improvement is in the refinement and even at startup, there is a distinct decrease in vibes as well and the engine note at idle. In fact, with the air conditioning turned on, you will struggle to tell that the car is running. When driving in the city, the experience is nice and smooth with very little head nod, a complete opposite of the experience with the older Fiat-derived unit. Even when you do hit the power band, acceleration remains linear and progressive. The broader spread of power means you don’t have to keep working the gearbox in traffic. Out on the highway, when you’re up to cruising speeds, the engine remains in a nice sweet spot and sits at 1900rpm at 100kmph. This means that you’re already right in the middle of the power band should you need a quick burst of acceleration to overtake a slower moving car.

The rest
The Ciaz still remains the practical, comfortable and spacious ‘badi gaadi’ it always was. The interiors are designed to be more practical than to really wow you with features. There is a new light coloured wood accent that almost blends into the cream and black dual-tone interiors. We feel the older brown offered a better contrast though. In terms of features, there is little to want for with push-button start, cruise control, automatic headlamps, electrically folding ORVMs, climate control, rear AC vents, 6-speaker audio with 7-inch touchscreen infotainment, Android Auto, Apple CarPlay and MirrorLink already on offer.

Like all Marutis, the Ciaz is very practical when it comes to storage spaces and cubby holes as well as rear seat comfort. The legroom in the second row is more than enough for six-footers to sit behind six-foot tall front passengers. The rear seats also get adjustable headrests in addition to a fold-down armrest.

Verdict
On the highway, the new DDiS225 isn’t a night and day contrast to the old 1.3-litre and even its outright performance and efficiency numbers aren’t that big of a change. But the new engine really does add a whole new dimension to the way the Ciaz drives in the city. It’s heaps more refined, both in NVH and in its linear power delivery. So overall, the change isn’t so drastic that someone who already owns a Ciaz 1.3 would feel like they are missing out. But if you are in the market for a new diesel sedan, then for the small premium, the bigger motor is definitely the way to go.

Maruti is also looking to phase out the 1.3-litre DDiS200 engine before the BS6 emission norms come into force from April 2020. Tweaking this 16-year old motor to meet the new norms will just be too expensive. Maruti has also officially confirmed that it will be phasing out diesel power by 2020 and will only revisit this decision if current customer trend of cheaper petrol cars gaining popularity, changes. And this could mean that the brand new DDiS225 motor, that really is one of the nicest 1.5-litre diesels we have driven, may have a very, very short lifespan indeed.