Honda unveiled its new mini-bike, the Navi yesterday and by the looks of it they have something really special at their hands. We bring you a detailed look into the Navi 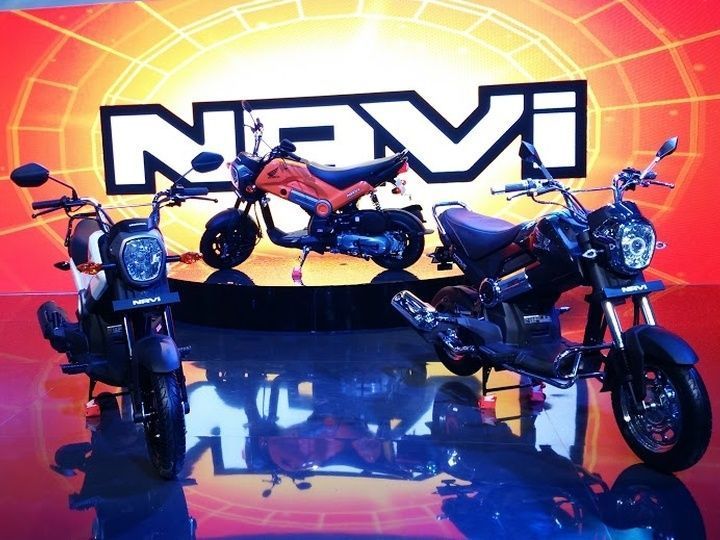 Honda Motorcycles and Scooters India has done something they aren’t really known for, something different. Honda not only unveiled but launched the Navi in India opening up an entire segment in the process. The Navi is a mini-bike, the first of its kind in India. Though it bears a striking resemblance to the Grom, Honda’s popular mini-motorcycle in the international markets but where the Grom is a full blown motorcycle from the ground up, the Navi is more of a scooter and motorcycle hybrid species.

Don’t worry, it’s not a push bike and neither do you have to buy the motor separately. It is infact placed directly below the long and straight seat and where the engine should be one can get a small storage compartment as an optional extra. We suggest you don’t get one and make onlookers question their very sanity.

The quirky motorcycle is directed towards the youth of the country and the colour schemes which comprise of a bright green, violent orange and a quirky white only reassert that fact.

It comes with wide-ish handlebars and an analogue display, the headlamp unit though could’ve been designed slightly better. The tank can hold 3.8 litres of fuel.

The engine is a 110cc air-cooled engine from its ever popular Activa scooter and churns out 8PS of power, 9Nm of peak torque and by the looks of it oodles of fun. The engine is mated to a CVT gearbox from the Activa as well.

Honda has fit the Navi with telescopic front forks up front and hydraulic spring type suspension at the rear. Brakes though are drums all round fit on tiny wheels.

The Navi will be offered with numerous customization options but you can buy it in three variants, Street, Adventure and Off-road

With the Navi, Honda aims to how that it isn’t always about more horsepower and design worthy of the Louvre. Sometimes a small quirky little bike works just as well. The Navi garnered a great response at the Auto Expo and with a price tag of just Rs 39,500 ex-showroom Delhi Honda might have a storm at their hands.