Patent images of the motorcycle have emerged online 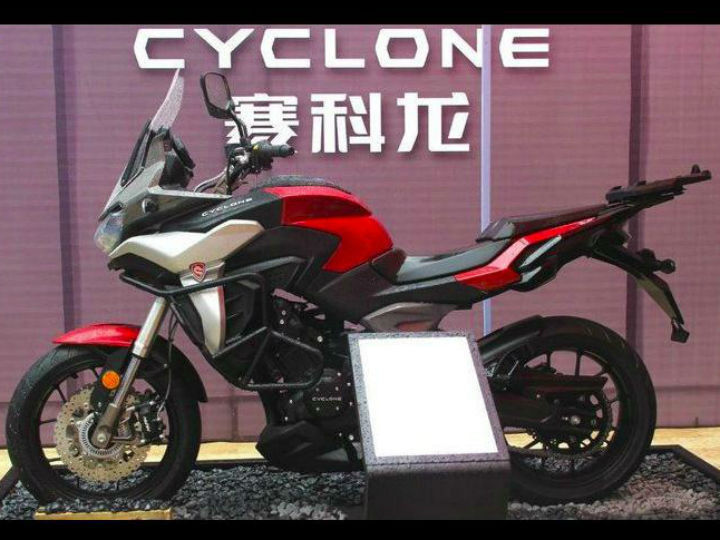 TVS Motor Company grabbed the headlines last week with the acquisition of the ailing British brand, Norton Motorcycles. Along the sidelines of this development, Norton’s Chinese partner, Zongshen seems to be getting close to making a proper road-biased adventure tourer with its Norton-derived 650cc parallel twin engine. New patent images of the bike, called the Zongshen Cyclone RX6, have emerged online.

This motorcycle uses the same 650cc parallel twin engine that was developed via a design and licensing agreement signed between Norton and Zongshen back in July 2017. It was a 20-year agreement and the powerplant was developed by Norton and UK-based engineering and consultancy brand, Ricardo. It has been made exclusively as per the requirements of Zongshen.

The concept version of the Zongshen Cyclone RX6 ADV was unveiled last year at the China International Trade Exhibition and the patent images show that the production version hasn’t changed all that much. That’s a good thing as the bike looks properly modern. This softroader is claimed to make around 71PS of power. It was earlier reported that the 650cc engine will be Euro 4 compliant. However, judging by the size of the underbelly catalytic converter, we wouldn’t be surprised if the ADV is made to comply with stricter emission norms. That should help Zongshen sell the motorcycle to a wider geography, where emission norms are tighter.

Being a road-biased tourer, it appears to use alloy wheels of the same sizes at the front and rear. The bike gets an inverted front fork and a monoshock at the rear. In the braking department, it gets a proper twin petal disc and radial calipers up front and a rear disc with dual-channel ABS.

Other notable features include an all-LED lighting system, a large windscreen and a fully digital instrument cluster. There’s another patent showing a fully loaded motorcycle complete with a crash guard, panniers and a top box with a cushioned backrest for the pillion. The production version also gains a tyre hugger for added practicality. Overall, the patent images of the Zongshen Cyclone RX6 suggest that the bike is ready to hit the production line. Likely to be launched in 2021, it will go up against the Kawasaki Versys 650 and the Suzuki V-Strom 650. Interestingly, there are reports of a bigger 95.3PS, 850cc derivation of the Cyclone RX6’s engine. If it sees the light of day, it could take the fight to the KTM 790 Adventure and BMW F 850 GS.