The midsize SUV will be initially brought in as CBUs; local assembly planned in the future 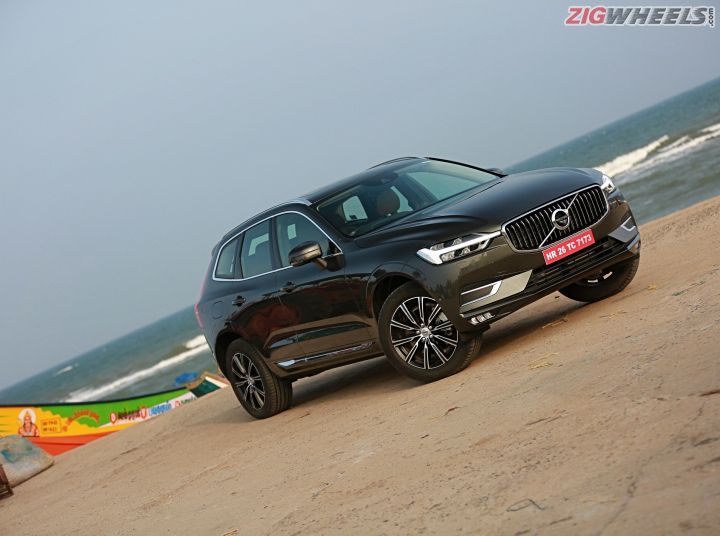 Volvo has launched the second-generation (in India) XC60 SUV in the country at a price of Rs 55.90 lakh. The all-new XC60 is based on the same modular platform that underpins the XC90, S90 and S90 Cross Country and hence features more space on the inside, a fuel-efficient powertrain, Volvo’s enhanced safety systems and, of course, a minimalist but luxurious feeling.

The Volvo XC60 is available in a single variant, called Inscription, in India, for now. However, Volvo is expected to assemble the SUV in India in the future just like its larger sibling, the XC90.

The Volvo XC60 goes up against competition like the BMW X3, Audi Q5, Mercedes-Benz GLC and the new Lexus NX 300h. The XC60 is certainly one of the more good-looking SUVs in the segment; the Lexus NX 300h shocks, while the others try to be as less offensive as possible. While it is clearly inspired by the larger XC90, the straight lines of the flagship have been replaced with curves. Highlights include the Volvo signature ‘Thor’s Hammer’ DRLs and all-LED headlamps, the waterfall grille with the large logo, doors which extend to the underbody for easy ingress and egress and prevent mud splatters from ruining pants/dresses, 19-inch alloy wheels, sleek taillamps which curve onto the bootlid etc.

The XC60 is a larger car than before; it is 44mm longer, 11mm wider and 55mm lower than the outgoing car, and features a wheelbase that is longer by 91mm as well. The extra space added can only seat 4 people in absolute comfort though, the fifth passenger’s space is taken up by a rather tall transmission tunnel.

The familiar Volvo design continues on the inside. The minimalist cabin is filled with rich detail including the single-piece driftwood dashboard trim, jewelled start/stop button, Nappa leather upholstery etc. The centrepiece on the dashboard is the 9-inch Sensus touchscreen infotainment system which can be used to control almost everything about the car. Features offered include electrically adjustable front seats with massage function, heated seats all-around, 4-zone climate control, a 15-speaker Bowers and Wilkins speaker system, Android Auto and Apple CarPlay connectivity, a panoramic sunroof and electric folding rear seats among others.

The Volvo XC60 is being offered with a single powertrain option in India. The XC60 D5 is powered by a 2.0-litre, 4-cylinder, turbocharged diesel motor developing 235PS of maximum power and 480Nm of peak torque - making it one of the more powerful SUVs in its segment. The power is sent through an 8-speed automatic transmission to all four wheels through an AWD system. Volvo claims the XC60 can hit a top speed of 230kmph.

Also Read: Check out our first impressions of the new Volvo XC60 here