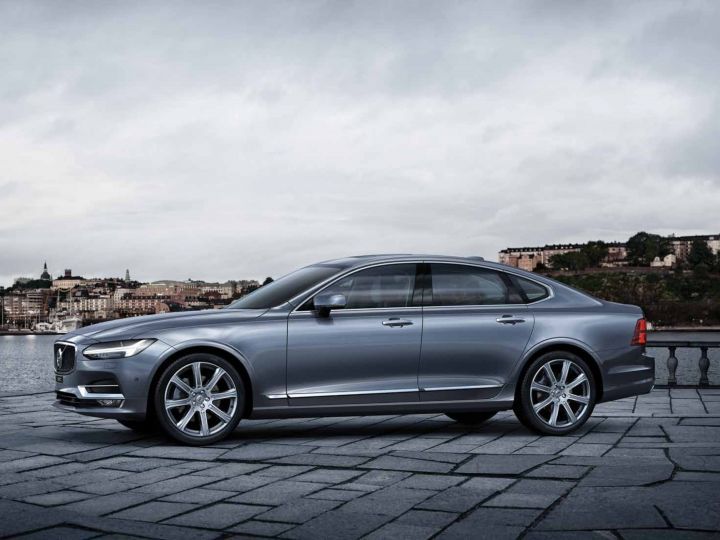 We may not have had much luck with the Odd-Even scheme, but Volvo’s vision for sustainable mobility is exemplary of how things should be done. The carmaker pledged to put one million electrified vehicles on the world’s roads by 2025, all while becoming entirely carbon-neutral by 2040. Today, Volvo Cars India provided the keys to an S90 T8 Plug-In Hybrid sedan to Klas Molin, the Swedish Ambassador to India. Prices for the S90 range from Rs 51.90 to 58.90 lakh (ex-showroom, New Delhi), though the hybrid version of the car is not on sale yet in India. Currently, hybrid imports are taxed heavily by the Indian government, but prices in other countries start from Rs 46 to 60 lakh.

Just last month, the Swedish company had unveiled the XC40 Electric SUV. It was also announced that the company aims to have electric cars in 50 per cent of its lineup, while the other half will be comprised of electrified vehicles -- hybrids.

“Sweden ranks second in the 2019 edition of Global Innovation Index, a ranking of nations based on the presence of a suitable ecosystem for innovation,” stated the release. The Ambassador himself was quoted as saying, “Sweden has always been in the forefront of innovation and this car exemplifies that. We are pleased to include the Volvo S90 in our fleet and proud to be contributing to sustainable mobility.”

The Volvo S90 hybrid has a combined power output of 406PS and 640Nm of torque. Its engine is the same 2.0-litre inline-four-cylinder petrol motor found in other variants internationally, but it is also supercharged in the T8 hybrid. The addition of an 88PS electric motor gives this luxury sedan the ability to accelerate to 100kmph from a standstill in 4.8 seconds. It has an all-electric range of 34km.

In India, the Volvo S90 competes with European luxury sedans like the Audi A6, Mercedes C-Class, and BMW 3 Series. However, Volvo is markedly different from the Big Three in its pathological attitude toward safety and pursuit of efficiency. We hope the company will bring the car to India, but without tax reliefs and government incentives, Volvo’s initiative is highly unlikely. With cars like the XC40 Electric and the Polestar 1 and 2 in its lineup, Volvo has an unmatched appeal among petrolheads across the world. For now, we hope Klas Molin enjoys driving around in his S90 hybrid.

Mumbai, 12th November 2019: Volvo Cars handed over keys of Volvo S90 T8 plug-in hybrid sedan to Mr. Klas Molin – Ambassador of Sweden to India. The car is a reflection of the company’s Sustainability Vision of putting one million electrified Volvo Cars on global roads by 2025.

“Sweden has always been in the forefront of innovation and this car exemplifies that. We are pleased to include the Volvo S90 in our fleet and proud to be contributing to sustainable mobility,” said Mr Klas Molin - Ambassador of Sweden to India.

“Volvo Cars and the Swedish government have always worked towards technological innovations in safety and sustainability and we are extremely happy that Ambassador Molin chose the S90 T8 as his official car,” said Mr. Charles Frump, Managing Director – Volvo Car India.

Sweden ranks second in the 2019 edition of Global Innovation Index, a ranking of nations based on the presence of a suitable ecosystem for innovation.