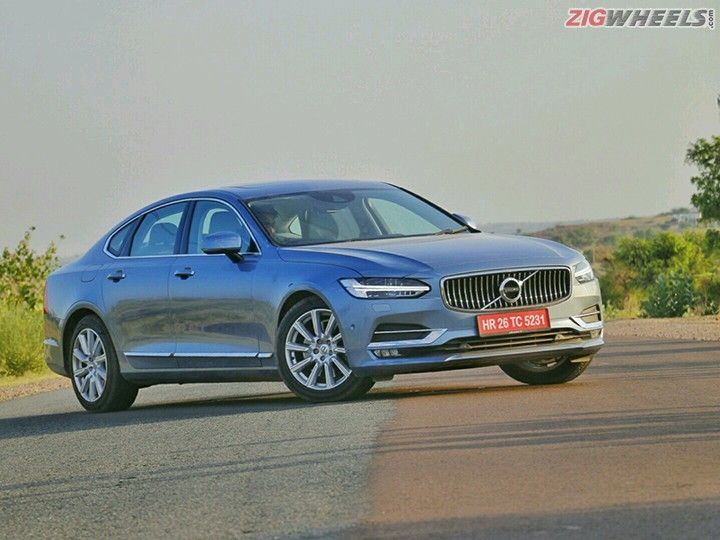 Volvo India has officially announced through its official Twitter handle that its flagship sedan, the S90, will be launched in India on November 4. The all-new S90 will replace the S80 that was previously sold in India.  The S90 will be offered in a single variant and will join Volvo’s current portfolio that consists of the V40, V40 Cross Country, S60, S60 Cross Country, XC60 and the XC90.

The S90 is based on the same design philosophy of modern Volvo cars that was first introduced in the XC90. Starting from the front, the luxurious sedan gets the signature ‘Thor’s Hammer’ daytime running LEDs. These lights, combined with the trademark concave front grille, make the car’s face look distinctive and futuristic. The aggressive front transforms into a graceful and elegant design towards the profile of the car. There are chrome highlights on the doors and window-line, giving the car a gentleman's appeal. Towards the rear, the S90 receives wrap-around C-shaped LED tail lamps with twin exhaust tips completing the look.

The interiors are doped in luxury with wooden inlays and metal inserts. The main highlight of the interiors is the 9-inch touchscreen unit that sits in the centre of the dashboard. It controls various functions such as the audio, aircon and navigation to name a few. The audio system features a 19-speaker, Bowers and Wilkens setup that can be controlled through the touchscreen unit, steering-mounted controls or by voice commands.

Under the hood, the S90 is powered by a 2.0-litre ‘D4’ turbocharged diesel engine which develops 190PS of power and 400Nm of peak torque. Transmission duties are handled by an 8-speed automatic gearbox. The car comes packed with notable safety features like City Safety, large animal detection, pilot assist and park assist.

The all-new Volvo S90 is expected to be launched in the price bracket of around Rs 55-56 lakh (ex-showroom) and will be seen competing against the likes of the Audi A6, Mercedes-Benz E-Class, BMW 5 Series and the Jaguar XF.