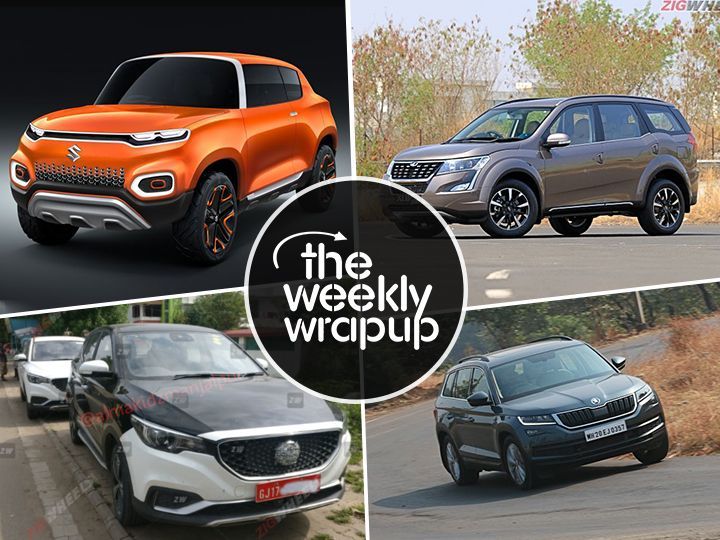 One of the largest automotive expos in the world, the Frankfurt Motor Show, is currently underway. With it came plenty of cars and concepts that we absolutely had to talk about. Meanwhile, we also got a glimpse of the next-gen Honda City undergoing tests as well as all the details of the new Toyota Fortuner TRD Celebratory Edition. Check out what else caught our attention this week below:

The Frankfurt Motor Show is currently underway and the main focus this time was EV mobility. Along with that, there were a handful of new reveals. Some well noted models include the rebirth of the iconic Land Rover Defender,  the image-changing Volkswagen ID.3, the flashy new Audi RS7, the sporty Hyundai i10 N Line and the list just goes on and on.

Toyota has gifted the Fortuner a new variant for its tenth birthday in India. Christened the TRD Celebratory Edition, it is based on the diesel automatic 4x2 variant and comes with a whole host of cosmetic updates that make it look sportier. New bumpers, 18-inch blacked out alloy wheels, dual-tone paint option and a new interior colour scheme are some of the updates that can be named. While all of the new elements make it look more attractive, the price tag isn't.

The 2020 Honda City has been spied in India for the first time and it seems to be longer and wider than its predecessor. Considering that the City takes on some well established models like the Ciaz and Verna, we expect Honda to equip the sedan with premium features like a digital instrument panel. Engine options are expected to remain the same albeit upgraded to BS6-emission norms and the City could get some sort of hybrid assistance as well. Sounds tempting doesn’t it? Find out the expected launch date here.

At the launch of the Kia Seltos, many of you were disappointed to know that the T-GDI AT or the Diesel AT variants aren’t available in the top-spec GTX+ variant. This is a bummer as you have to let go of the fancy Bose sound system, sunroof, 360-degree camera and drive modes for the automatic transmission. Well, Kia has now addressed that and has silently introduced the T-GDI DCT and diesel AT variants in the top-spec GTX+ variant. Find out the pricing of both the new variants here.

Bugatti Chiron To Get More Variants…

… which are not based on features and trims. Instead, on performance figures and handling dynamics! Heck, looks like the carmaker isn’t happy with the bonkers 8.0-litre quad-turbo V16 engine that develops over 1500PS and 1600Nm. Bugatti is working on different iterations of the Chiron. It also added that there will be one variant that’ll focus on power to weight ratio while another variant’s focus will be attacking the twisties. Recently, the Chiron shattered the 300mph (490kmph) speed barrier, making it the fastest hypercar in the world. And well, even if you have £4.2 million (around Rs 36 crore), it would be a task getting your hands on one as Bugatti is still gonna only make just 500 Chirons (including all variants).

Is Kia Motors Working On A Cleaner Seltos...