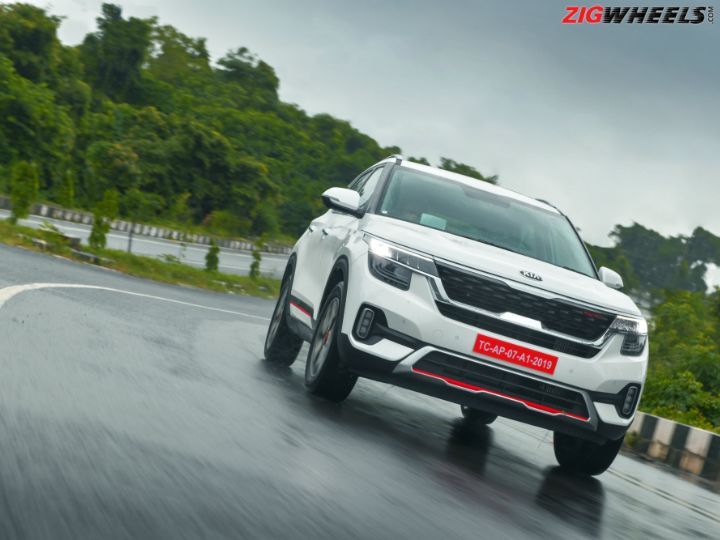 We had earlier reported that Kia is actively listening to customer feedback and will be introducing the diesel-automatic combination in the top-spec GTX+ trim of the Seltos. Even though it was given a miss during the launch, Kia has now silently introduced both the diesel and petrol automatic in the top-spec GTX+ variant. Priced at Rs 16.99 lakh (ex-showroom) for both, the diesel is the 1.5-litre variant mated to a 6-speed manual while the petrol is the 1.4-litre turbo unit mated to a 7-speed DCT.

Both models are currently the range-topping variants of the Seltos, attracting a premium of Rs 1 lakh over the HTX+ AT, GTX AT and GTX+ MT variants priced at Rs 15.99 lakh (ex-showroom). Various dealers though had already started accepting bookings while deliveries are expected to commence soon. One can now also book the same through Kia India’s official website. The GTX+ is the most loaded variant of the Seltos with goodies like the Bose premium sound system, sunroof, 360-degree camera, ventilated front seats, 8-way powered driver’s seat and more.

The Seltos is available in two trim options -- GT Line and HT Line -- which are further split into 8 variants. The Seltos’ variant list is extensive and adding to that are the three BS6 engines paired to an even more impressive 4 gearbox options.

Kia has already solidified its position in the market as the Seltos has been garnering attention and doing well in the highly competitive market. The SUV racked up over 32,000 bookings in a month’s time and has also sold more than 6,000 units in the past month alone. Meanwhile, Kia is readying its second offering which will come in the form of the Carnival full-size MPV.