The Ferrari F8 Tributo Pays Homage To Everything That Is Ferrari 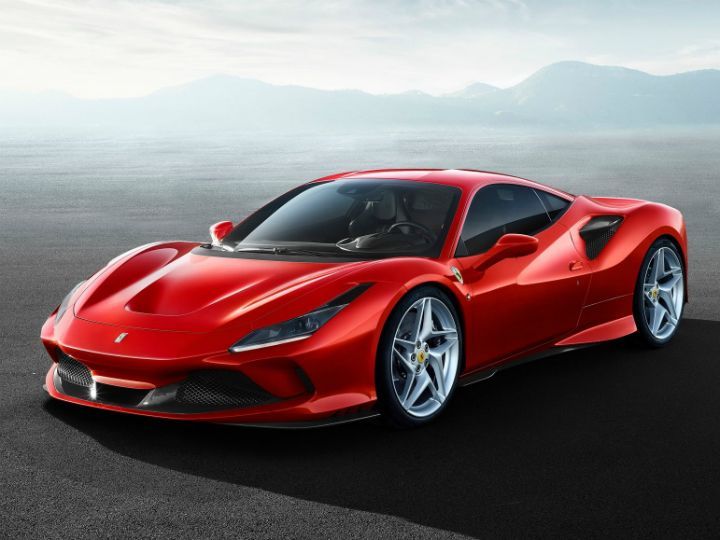 Ferrari has revealed the first images and a lot of details of its next midsize V8-powered sports car. The F8 Tributo replaces the 488 GTB, just four years after it was launched. It is essentially a Ferrari 488 GTB updated with everything Ferrari has learnt in the past four years - be it in terms of design, powertrain, suspension, electronics and features.

As the name suggests, the F8 Tributo is a tribute to many things.

1) For starters, the multiple award-winning flatplane-crankshaft 3.9-litre, turbocharged V8 motor now develops 720PS of maximum power and 770Nm of peak torque. This is the most powerful version of the said engine in any Ferrari roadcar to date, and was last used on the limited-run 488 Pista. 0-100kmph takes just 2.8 seconds (0.2-seconds faster than the 488 GTB) and has a top speed of 340kmph (+10kmph).

2) The high-downforce exterior design first introduced on the 488 GTB has also evolved. The evolved S-duct design on the hood, larger intakes, reworked brake ducts, new air vents on the rear bumper, the ‘blown’ spoiler design (a slit-window is placed where the engine cover meets the wing) and new diffuser design has made the F8 Tributo 10 per cent more aerodynamically efficient.

3) The new design language was introduced on the Ferrari 812 Superfast, evolved in the Portofino, and now, has been perfected with the F8.

4) The Lexan polycarbonate resin thermoplastic engine cover harks back to the Ferrari F40, while the twin taillamp design is reminiscent of the 308 GTB.

5) The systems that make Ferrari cars fun to drive without being dangerous have also been improved upon. It’s aluminium chassis and body panels have been reworked to save weight as compared to the 488 GTB. In fact, the F8 Tributo is 40kg lighter than 488 GTB, bringing its kerb weight down to 1435kg.

The interior design is also a case of ‘it looks the same and different at the same time’. The driver-oriented setup is complemented by the smaller steering wheel which makes the cabin feel sportier and improves driving feel. The only multimedia screen in the cabin is on the passenger side - an 8.5-inch touchscreen display which can be used to control various functions.

The dynamics of the 488 GTB have been improved upon too. Thanks to the addition of version 6.1 of Ferrari’s ‘Side Slip Angle Control’ and a ‘Ferrari Dynamic Enhancer+’ function, the F8 Tributo’s limits can be explored in a relatively safe manner.

Details about its price, availability and special features will be revealed on 5 March 2018, at the 2019 Geneva Motor Show. So, stay tuned to ZigWheels as we’d be bringing you all the latest updates from the Swiss auto show.