The Best Of Gordon Murray: From F1 To The McLaren F1 And Beyond (Part 1)

Yes, the Gordon Murray Design T.50 looks impressive. But did you know that its creator also made Formula One cars go fast? In this two-part series, we take a look at Mr Murray’s innovations for the track and the road

Ah, the McLaren F1. Enough has been said about the Woking-based manufacturer’s original supercar. Built between 1992 and 1998, it was the fastest car in the world until the Bugatti Veyron came along. It even beat purpose-built prototypes to emerge victorious at the famed 24 Hours of Le Mans in 1995. 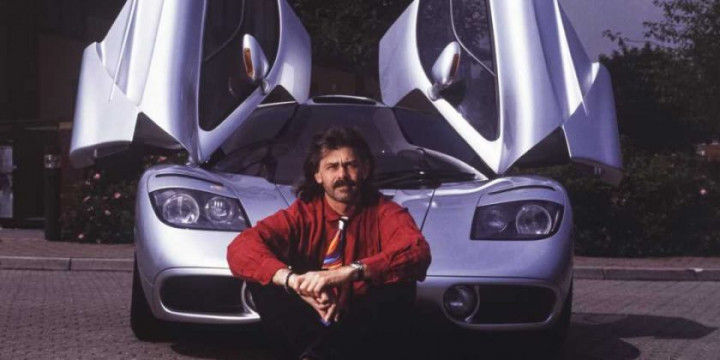 Notable personalities who have owned an F1 included Elon Musk, Rowan Atkinson and George Harrison from The Beatles! Needless to say, the F1 is quite a legend. So much so that it commands as much as $20 million (Rs 150 crore!) these days. But you can’t end the story of the McLaren F1 without talking about its creator, Prof. Gordon Murray. He is undeniably the Professor X of the automotive world. And of late, he’s been busy as a bee, as evidenced by his latest creation, the Gordon Murray Automotive T.50. Revealed a few days ago, there’s plenty to talk about the latest supercar that will soon take on the likes of Koenigsegg, Ferrari and Porsche. But before we dive into the details, let’s take a look at some of Gordon Murray’s innovations in Formula One.

A South African by birth, Mr Murray moved to England in the hopes of landing a job at Lotus Cars. Instead, he was offered one at Brabham, a British racing car manufacturer and Formula One team then owned by Australian driver Jack Brabham, in 1969. Soon after, Bernie Ecclestone, the former supremo of Formula One, took over the team and appointed Murray as the chief designer. Under the new role, he developed what is famously known as the Brabham ‘fan car’, the BT46B, as well as the championship-winning BT49 and BT52. He soon gained a reputation for his innovative designs and concepts, and the use of ground effects to increase downforce. He then switched to McLaren to help legends such as Ayrton Senna and Alain Prost win driver’s championships with his designs. In the first part of this series, let’s take a look at some of the outlandish race Murray built in Formula One:

The BT44 was an updated version of 1973’s BT42 race car. It featured clean lines and revised side skirts and air dams to generate as much as 70kg of downforce. It was raced by Carlos Reutemann, Carlos Pace and British racing driver John Watson who noted, “Gordon Murray is an exceptionally clever man. He approached design from a very lateral perspective and the BT44 was subtly a very clever car, with rising rate titanium springs, and it was the first time I realised what a really good racing car feels like.”

The Brabham BT44 took five victories and two poles during the 1974 season. Sadly, Brabham could only finish fifth in the constructor’s title; behind McLaren’s M23 driven by the likes of James Hunt and championship winner Emerson Fittipaldi, and the Ferrari 312T helmed by Niki Lauda, Clay Regazzoni and Gilles Villeneuve.

After a terrible season with the Alfa Romeo-powered BT45, Gordon Murray created the Brabham-Alfa Romeo BT46B ‘Fan Car.’ It featured a fan at the rear spinning on a horizontal, longitudinal axis, creating a depression under the car to enhance downforce. Readers who have already seen pictures of the T.50 will note that this is the same principle used in Murray’s latest supercar.

The fan car debuted at the Swedish Grand Prix at Anderstorp in 1978. Sadly, it raced just once, at the hands of John Watson and Niki Lauda, who won the race after a backmarker’s oil leak took out the front runners. It is said the downforce generated by the fan helped Niki Lauda keep the car on track despite the slippery conditions.

A protest from rival teams led to then Brabham owner and president of the Formula One Constructors Association Bernie Ecclestone reaching an agreement to revert back to the standard car for the rest of the season. Brabham eventually finished the season third in the constructor’s championship.

Built in just six weeks, the BT49 replaced the Alfa Romeo-powered BT48 which proved to be unreliable, thus ending Brabham’s association with Alfa Romeo. The team reverted back to the proven Ford Cosworth DFV engine for the next season. The BT49 received several updates over four seasons and the third iteration, the BT49C, helped Brazilian driver Nelson Piquet claim the championship in 1981.

The BT49C featured more carbon composite materials than its predecessor. A minimum ride height of 60mm and a band on sliding skirts to limit ground effect to slow the cars meant this version regained its front wings to compensate for the loss of downforce. The BT49C had another trick up its sleeve as well: Murray developed a hydropneumatic suspension for the car that helped it meet the regulation height during checks by the stewards but lowered the car while in motion to create more downforce!

A ban on ground effect cars and FIA’s order for all F1 cars to feature flat undersides left Brabham with three fully built but worthless BT51 race cars. But Murray proved why he was the best in the business by designing and building the BT52 in just six weeks. The sidepods which gave his earlier cars downforce was now found to be generating lift.

The solution? Make it more angular! To make up for the lack of downforce, the BT52 featured a larger rear wing and a 30:70 weight distribution. The BT52 helped Nelson Piquet beat Alain Prost (Renault) and Rene Arnoux (Ferrari) to become the first driver to win the world championship with a turbo engine.

At McLaren, Murray assisted chief engineer John Nichols develop cars such as the MP4/3, MP4/4 and the MP4/5. If you’re a fan of Formula One, you’d know the place the MP4/4, specially, holds in the sport’s history. It won 15 of the 16 races, including ten 1-2 finishes, in the 1988 season and gave Ayrton Senna (below) his first driver’s championship!

Powered by a 1.5-litre turbocharged V6 built by Honda, the MP4/4 was reliable, powerful and featured radical aerodynamics for its time. The car was designed in such a way to get the driver and engine as flat as possible. The resulting aero gains helped the MP4/4 outqualify its rivals by upto 1.5 seconds.

The MP4/4 was so dominant that it was judged the greatest Formula One car of all time by a panel of Formula One engineers and designers!

Sure, Gordon Murray designed some of the most interesting and dominant F1 cars during the 70s and 80s. But his biggest contribution to the sport has to be devising methods to make pit stops faster. In the early 80s, teams made sure their cars were equipped with long-lasting tyres and enough fuel onboard to last an entire race since pit stops were slow and ate away precious lap times. Enter Gordon Murray and his plans to reduce the weight of the car by halving fuel tank capacity and finding a method to refuel them using… err… beer kegs! The kegs were pressurised to enable the team to pump a little of over 100 litres of fuel in just 3 seconds.

Pre-loading the air guns with wheel nuts and setting up a heated box to store tyres in helped the team change tyres quickly as well. With the new measures in place, the Brabham team was able to reduce the average pit stop to 7-8 seconds. Murray’s methods were so successful that Formula One still uses the same principles today.

Stay tuned for the second and final part of the series where we take a look at Gordon Murray’s greatest road cars, including what many believe is the greatest ever supercar, the McLaren F1.