The Tata Altroz Turbo Could Be Launched On This Date 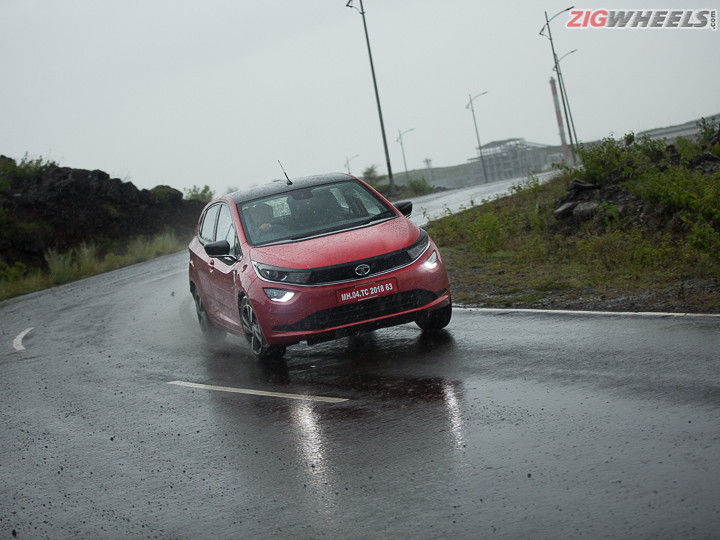 The Tata Altroz turbo petrol has been under the spotlight for all the right reasons. It will be the first Tata to come with a dual-clutch automatic transmission and it also has the right elements for that ‘fast’ premium hatchback experience. Now, we have a possible launch date for the Altroz Turbo, which could be priced from the Rs 8 lakh mark (ex-showroom).

Tata Motors is likely to launch the Altroz Turbo on January 13. The manual variants will be offered in four trims: XT, XT (O), XZ and XZ (O). The automatic gearbox is likely to be limited to the top two trims, though. It will also be offered in a new blue shade that looks similar to the Nexon’s Tectonic Blue colour.

The Altroz Turbo will feature the 1.2-litre turbo-petrol engine from the Nexon. This engine, though, has been detuned to develop 110PS and 140Nm in the Altroz, which is a drop of 10PS and 30Nm when compared to the Nexon. However, the Altroz Turbo is expected to come with a 7-speed dual-clutch automatic, unlike the Nexon that utilises an AMT. The manual variants will rely on a 5-speed manual gearbox.

The Altroz Turbo is mainly targeted at enthusiasts. It will rival the Hyundai i20 Turbo and VW Polo TSI, both hatchbacks known to be quite quick. We’ll be comparing the Altroz against its rivals for a detailed performance test. Stay tuned.