It’s not only a looker, but also one of the safest hatchbacks in its class 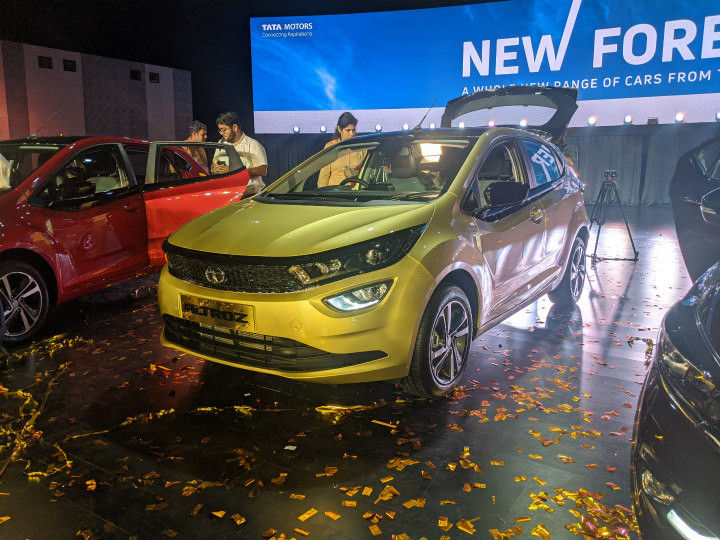 Post its unveiling in December 2019, Tata Motors has launched the Altroz premium hatchback at a starting price of Rs 5.29 lakh with the flagship diesel going up to Rs 9.29 lakh (ex-showroom India). Tata’s first premium hatchback is offered in five trims:  XE, XM, XT, XZ and XZ (O), and a total of 10 variants. It is powered by two BS6-compliant engines. Here’s a closer look at the hatchback in detailed images:

At a glance, the Altroz utilises Tata’s Impact Design 2.0 language -- a staple feature in recent Tata models. The front-end features a raked honeycomb mesh grille that connects the projector headlamps. The large fog lamps below, with integrated DRLs, give the hatchback a split setup.

The Altroz has been built under Tata Motor’s new ALFA Arc platform. It stands for Agile, Light, Flexible and Advanced. The Altroz is 3990mm long, 1755mm wide and 1523mm tall. It has a 2501mm long wheelbase. If you look closely, a sharp crease runs through the profile of the hatchback while the rear door handles are placed in the window frame, giving it a 3-door effect.

The rear of the Altroz features a partly blacked-out boot lid that blends with the rear windows. Other highlights at the rear include split-LED tail lamps connected by black plastic trim.

Going inside, the Altroz gets a cabin layout where the top half of the dashboard is finished in black while the lower half is finished in grey. There are also some silver accents around the central console and steering wheel.

Other highlights include ambient lighting, Android Auto and Apple CarPlay, a 6-speaker Harman sound system, and a coloured multi-info display (MID). Equipment such as cruise control, automatic headlamps and wipers, keyless entry with push-button start and steering-mounted audio controls make up the interiors. It also gets factory-installed customisation options.

The Altroz packs several safety features including dual airbags, ABS with EBD, rear parking sensors with camera, high-speed alert, as well as driver and co-driver seatbelt warning. It is also the first car in its segment to receive five stars in the Global NCAP safety test.

Under the hood, the Altroz gets two BS6-compliant powertrain options at the moment. The petrol variants of the Altroz will be powered by the Tiago’s 1.2-litre naturally aspirated engine. On the other hand, the 1.5-litre diesel engine that powers the Altroz is a detuned version of the Tata Nexon’s powertrain.