Will India Ever Get Something Like This Beastly Swift Extreme Concept?

The Extreme Concept features major revisions to the Swift’s design. However, it’s technical specifications are yet to be revealed 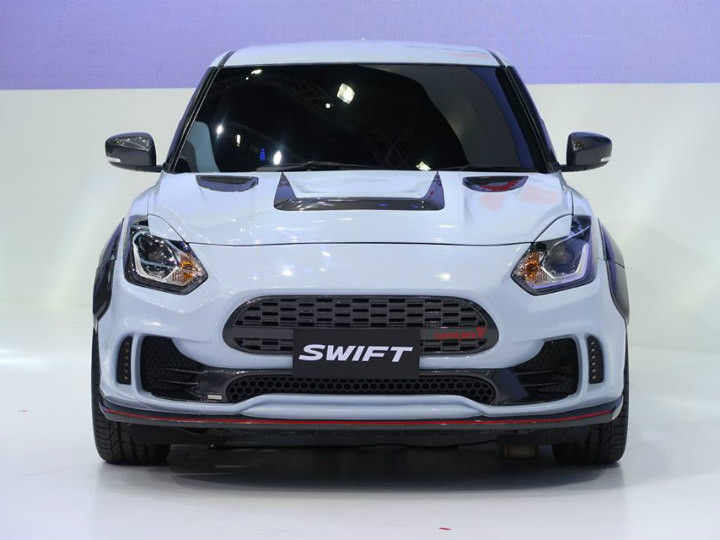 Ever since its introduction back in 2005, the Maruti Suzuki Swift has etched its way into the list of iconic cars sold in India. The third and latest iteration of the Swift has continued its success in India as well as global markets. The international models also get the option of a Sport variant that comes with a more aggressive bodywork, bigger wheels, and more power. While the Swift Sport is already a beastly hatchback, Suzuki has gone a step further by showcasing a one-off concept called the Swift Extreme at the ongoing Thailand International Motor Expo And we can tell you this concept car certainly holds true to its name.

The Swift Extreme concept gets a host of exterior changes starting with a revised front end consisting of a smaller mesh grille and a sportier bumper surrounded by air dams. Rounding off the changes at the front is a lip spoiler with red accents as well as black trims and air vents on the bonnet.

Heading towards the side profile, the main highlights consist of black cladding-like finish around the fenders and side skirts, red accents on the side skirts as well as a massive set of alloy wheels. The rear of the Swift Extreme concept also gets a radical revision with bits like a roof-mounted spoiler, black trim between the tail lamps as well as a new bumper with a faux diffuser and squared exhaust exits. Unfortunately, this is all that Suzuki has revealed about the Swift Extreme concept with no details on the interiors or technical specifications.

The India-spec Swift got a minor update back in July this year with the introduction of the BS6-compliant version of the Maruti’s tried-and-tested 1.2-litre petrol engine. The updated motor continues to make the same power and torque figures as before - 83PS and 113Nm. However, its fuel efficiency has dropped to 21.4kmpl when compared to the BS4 version’s 22kmpl. It has also received safety upgrades with all variants now featuring dual airbags, ABS with EBD, driver and co-driver seat belt warning, high-speed alert and rear parking sensors as standard. The hatchback is currently priced between Rs. 5.14 lakh and Rs 8.84 lakh (ex-showroom, Delhi). Rivals include the Hyundai Grand i10 Nios and the Ford Figo.

While we would love to see a more radical version of the Swift in India, it is highly unlikely to happen as we are yet to even get the Sport variant that is sold in international markets.