The Kushaq and Taigun recently made their global debuts, but this latest sighting reveals another detail 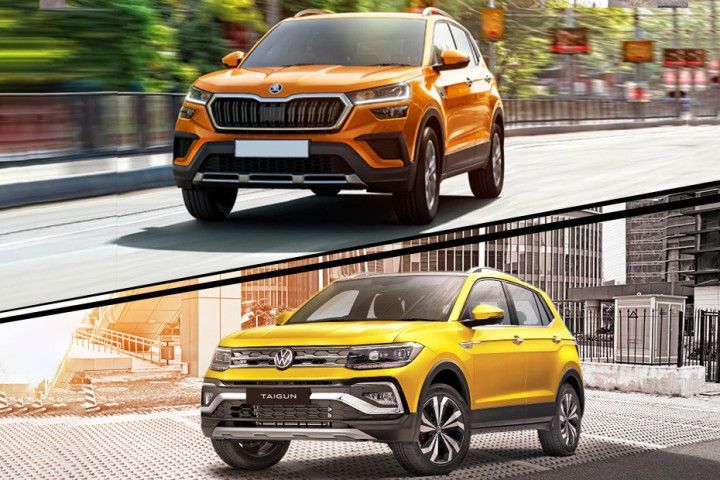 The VW Group is ready to kick off its India 2.0 strategy with two new SUVs, the Skoda Kushaq and Volkswagen Taigun, which debuted recently. Both SUVs share the same underpinnings, the localised MQB-A0-IN platform, but have distinct personalities. The Kushaq looks more sophisticated whereas the Taigun has a sportier appearance. Both SUVs were spotted testing again, and this time around, another detail has been revealed.

We already know the Kushaq will get a floating 10.1-inch touchscreen infotainment system. However, the test mule seems to be of a lower variant as it gets a smaller touchscreen display, probably an 8-inch one, which is mostly reserved for the base-spec and lower mid-spec variants. The lower variants of the Taigun could offer the same system as well. Look closer and you’ll notice the Kushaq gets an instrument cluster with analogue dials, a rather distinct feature. The Taigun, on the other hand, gets a digital instrument cluster.

While the dimensions of the Taigun haven’t been revealed, we expect them to be similar to the Kushaq thanks to the same platform. Besides, in recent sightings, both look identical in terms of length, width, and height. The two SUVs sit pretty low and it seems like they have the same ground clearance as well. The Kushaq is 4,221mm long, 1,760mm wide, and 1,612mm tall. Its 2,651mm wheelbase is the longest in its segment.

Both SUVs are expected to be priced from Rs 9 lakh to Rs 17 lakh (ex-showroom). The Taigun will also get an additional sportier-looking GT Line trim, which the Kushaq will miss out on. The Kushaq is slated to launch in June, followed by the Taigun. However, there is a slight possibility of the launch being delayed, as in the case of the new Octavia, due to the second wave of the pandemic.