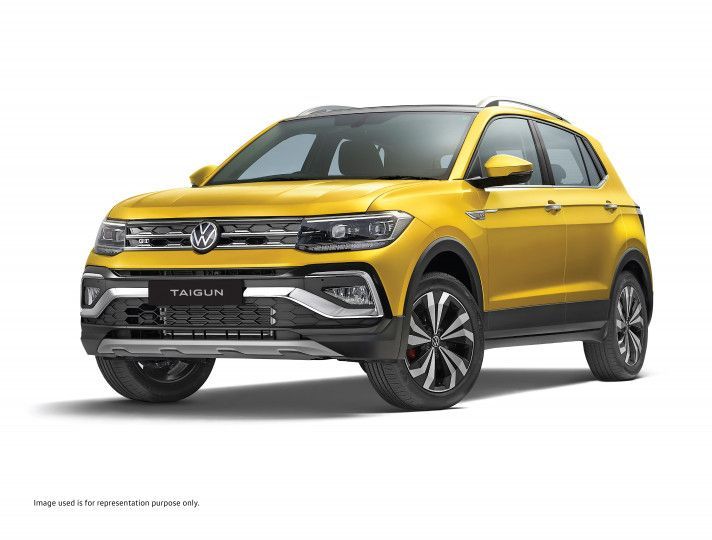 Volkswagen had allowed us to shoot only the Taigun’s exterior during its unveiling, despite having kept its doors open. But the wait has finally come to an end now as the German carmaker has given us the first glimpse of the Creta-rivalling SUV’s interior via a digital render. And we are happy that most of the elements have been retained from the concept displayed at the Auto Expo 2020.

At first glance, the inside looks familiar, considering it borrows a few cues from the Kushaq. Parts like the infotainment system, touch-based climate controls, and gear lever are the same as those in the Skoda SUV. But Volkswagen has kept the design more subtle and understated, and it works well!

Also Read: You Can Soon See The 2021 Octavia At Your Nearest Skoda Dealer

For instance, the colour-coded trim of the dashboard has made way for a more neutral grey finish. A couple of colour combinations will likely be on offer as well. The infotainment system is integrated into the dashboard instead of the floating unit in the Kushaq. The VW does one better than the Skoda, offering a digital driver’s display (in contrast, the Kushaq comes with dials). The steering wheel, which sports the carmaker’s new logo, is similar to Volkswagen’s ID electric cars. But the Taigun’s unit, thankfully, comes with physical buttons.

One can also spot the starter button next to the gear lever instead of the steering column in the Skoda. Unlike the Kushaq, the Taigun misses out on nifty ‘Simply Clever’ bits like the string to hold things in the door pads and the red reflector dot on the doors.

The SUV will come with features like connected car tech, climate control, a wireless phone charger, a single-pane sunroof, ventilated front seats, keyless entry with push-button start, and cruise control. Passenger safety is taken care of by up to six airbags, ABS with EBD, parking sensors, a rear-view camera, and electronic stability program.

The Taigun will be provided with two turbo-petrol engines: a 115PS 1.0-litre three-cylinder and a 150PS 1.5-litre four-cylinder unit. Both motors can be mated to manual and automatic transmissions. Here are the detailed specifications:

For all other details about the Volkswagen Taigun, click here. The compact SUV will be launched in India by August 2021 and is likely to be priced between Rs 9.5 lakh and Rs 17 lakh (ex-showroom), putting it in the league of the Hyundai Creta, Kia Seltos, and Skoda Kushaq.