It will share the underpinnings with the Tata Altroz 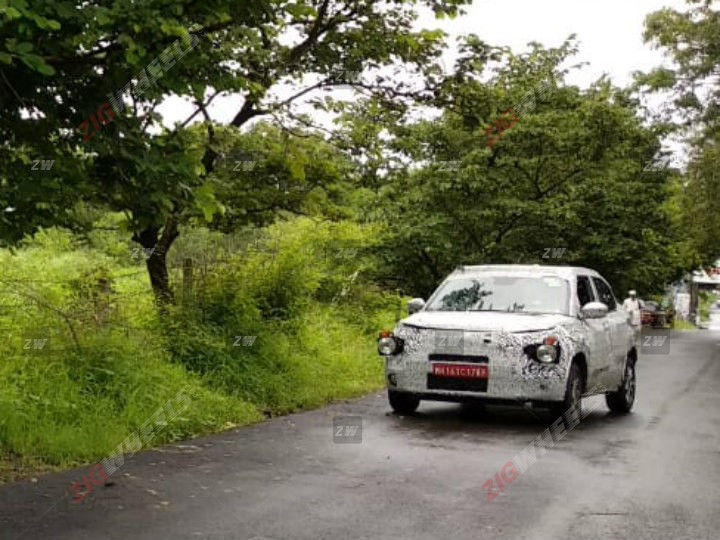 One of Tata’s showstoppers at Auto Expo 2020 was the Tata HBX in concept form. While it was expected to launch this year, the coronavirus pandemic has postponed proceedings to FY 2021. In the meantime, a production-spec test mule of the HBX has been spotted testing. It will be based on Tata’s ALFA ARC platform which also superstructures the Altroz and will sit below the Nexon.

Despite wearing  heavy camouflage it was evident that the spied prototype bore some similarities to the concept, including its flared wheel arches and boxy proportions. It also retains the SUV-esque upright stance, but does not seem as tall as the concept, partly because the concept had off-road tyres. The HBX is expected to get a split headlamp setup replete with daytime running lamps for an aggressive fascia.

The test mule sits on 8-spoke alloy wheels wearing what seems like 15-inch rubber. The rear end of the test mule features a high-mounted brake lamp and rear wiper. The production-spec model is likely to get LED tail lamps. It’s worth noting that the HBX concept was nearly 95 percent near-production-ready when showcased at the expo.

The HBX concept’s  cabin design is likely to share elements with the Altroz as well. Expect a familiar  multi-function steering wheel, instrument cluster and floating touchscreen infotainment system with Apple CarPlay and Android Auto straight off the Altroz hatchback.

Other features we expect to be on offer include a Harman sound system, climate control and keyless entry with push-button start. ABS+EBD, dual airbags, and rear parking sensors with a rear view camera are likely to form the safety kit on offer.

Under the hood, the HBX could be powered by the Altroz’ 1.2-litre, three-cylinder Revotron petrol engine with similar power figures: 86PS and 113Nm. Transmission options could include a 5-speed manual and an AMT. A diesel engine option might be out of question  but an all-electric iteration is on the cards.

Since the HBX’s launch is slated for FY2021, it is likely to reach showrooms by mid-2021. Expect prices to start from Rs 5.50 lakh (ex-showroom). Once launched, the HBX will go up against the likes of the Maruti Suzuki Ignis and Mahindra KUV100 NXT.