The Vision IN, Skoda’s compact SUV, will reach showrooms by mid-2021 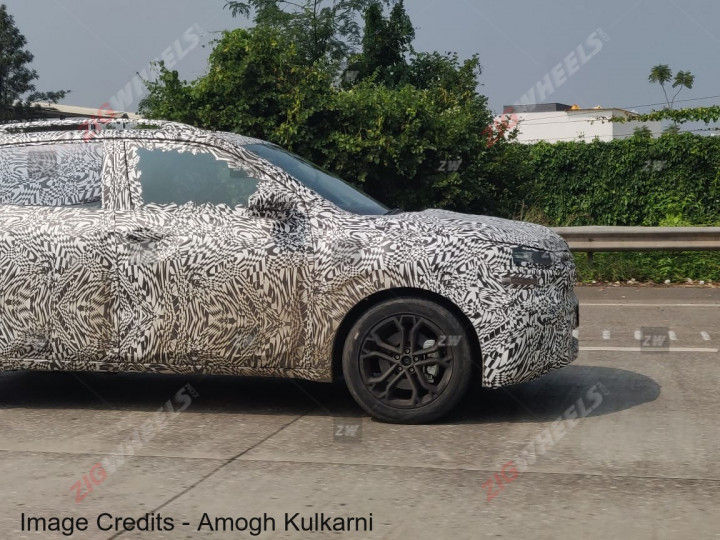 While Skoda’s India 2.0 journey had already begun with the introduction of the Karoq, the main action will start in mid-2021 with the launch of its made-for-India Vision IN compact SUV. It debuted as a concept at the first-ever Volkswagen Group night just a day before Auto Expo 2020 in February. It will rival SUVs such as the Hyundai Creta and Kia Seltos. The Vision IN is the concept car’s name and Skoda is yet to finalise a name for the production-spec model, which has now been spotted testing for the first time.

Going by recent trends, the production-spec Vision IN looks similar to the concept. Skoda’s trademark butterfly grille takes centrestage while the swept-back LED headlights and tiny fog lamps are inspired by the Kodiaq. The upright bonnet gives it an SUV vibe while the round wheel arches, which could get cladding, are nicely filled by possibly 17-inch alloy wheels.

Unfortunately, the Vision IN’s rear profile and interior are yet to be seen. However, the Vision IN concept’s interior design draws influence from Skoda’s international models. It comes with a layered dashboard with the main highlight being the floating touchscreen infotainment system. The driver is also pampered with a sleek 3-spoke steering wheel and a digital driver’s display.

The Vision IN is based on VW Group’s heavily localised MQB-A0 platform, which is their smallest global modular platform. It will be offered with two turbo-petrol engine options: a 1.0-litre TSI and a 1.5-litre TSI. Both engines are already present in existing models such as the Rapid and Karoq. Here are the expected specs:

The Skoda Vision IN will reach showrooms by mid-2021. Currently, VW India 2.0 models such as the Vision IN and Taigun are under trial production with series production likely to commence closer to its launch date. We expect it to come at an aggressive starting price of around Rs 10 lakh (ex-showroom). Following the launch of the Vision IN, Skoda will introduce a made-for-India compact sedan that will be based on the MQB-A0-IN platform to replace the ageing Rapid. It will be launched by the end of 2021.