After Indonesia, Could The Innova TRD Sportivo Be Heading Here? 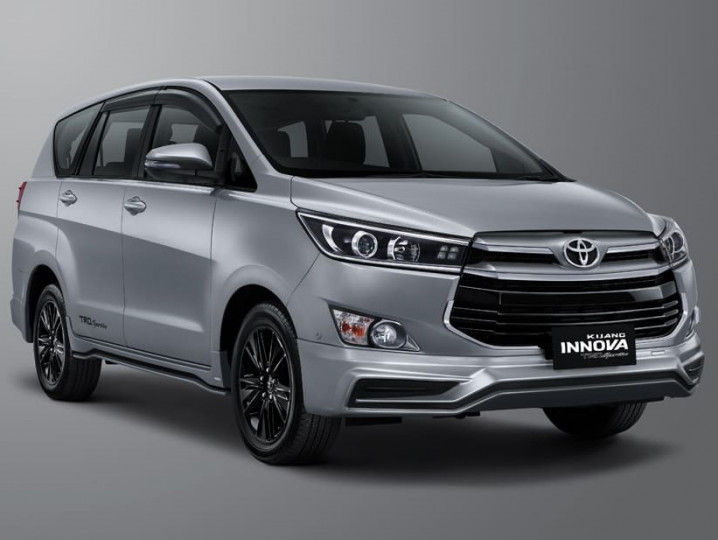 As Toyota gears up for the Innova Crysta facelift in the near future, there is a high probability that it will introduce a limited edition of the existing model. The Innova TRD edition has already been launched in the Indonesian market as part of their 75th Independence Day celebrations.

As the name suggests, the changes give the car a sportier appearance. The changes are mainly cosmetic including the TRD Sportivo badging, sporty bumpers, as well as front, side and rear skirts. The 17-inch alloy wheels and the lower half of the grille get a black finish.

Aside from the cosmetic changes, the limited edition barely gets any add-ons in the cabin over the existing features in other variants. This includes an integrated PM 2.5 air filter and a car ionizer (air purifier). The TRD Sportivo will also get three exterior colour options: silver, white and black.

The Innova Crysta, just like the Fortuner, could receive the latest TRD Sportivo edition soon. If Toyota decides to bring the TRD Sportivo edition to India, it will most likely be powered by the 2.7-litre petrol engine or the 2.4-litre diesel unit, which the Indonesia-spec model gets.

Since it has been launched in Indonesia as the Kijang Innova TRD Sportivo, the chances of the sporty edition reaching here look seemingly high. The Innova TRD Sportivo, if made available, could replace the less sporty Touring Sport version of the Innova Crysta which Toyota offers in India. Prices could match that of the Touring Sport, which currently retails from Rs 19.53 lakh to Rs 24.67 lakh.