The sporty coupe SUV will be offered in two trims 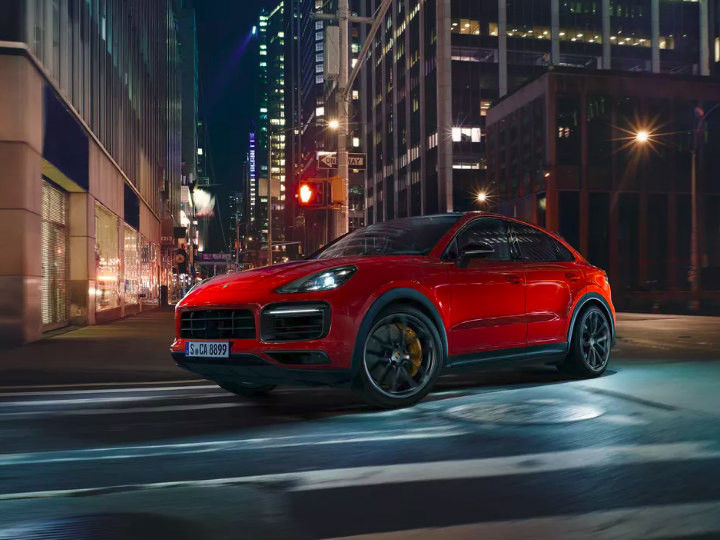 On the outside, the Cayenne Coupe looks fairly similar to its standard cousin. However the differences end after the B-pillar. It gets a 20mm lower roofline  as well as restyled doors. Another design highlight is the presence of two rear spoilers consisting of a fixed one above the rear windshield and an active spoiler above the tail lamps that rises up to 135mm at speeds over 90kmph.

Inside, the Cayenne Coupe retains the same design as the standard SUV with features like a 12-inch touchscreen infotainment system. It gains bits like the Bose/Burmese sound system, Porsche Connect app, four zone climate control, powered ventilated/heated front seats as well as a head-up display.

Under the hood, the Porsche Cayenne Coupe will come in two versions - a base Coupe variant and a Turbo variant. The base variant will be powered by a 3.0-litre turbo V6 capable of producing 340PS and 450Nm. The top-spec Turbo variant will utilise a 4.0-litre V8 pushing 550PS and 770Nm. These figures give the Turbo variant a 0-100kmph sprint time of 3.9 seconds and a top speed of 286kmph. Both engines will be mated to an 8-speed automatic transmission. Other nifty performance bits include adaptive air suspension, Porsche Active Suspension Management (PASM), rear axle steering, and Porsche Traction Management (PTM).

Expect the Cayenne Coupe to fetch a price tag at a premium over the standard SUV. Could range between Rs 1.4 crore and Rs 2 crore at launch.

Once launched, the Cayenne Coupe will take on the likes of the BMW X6 and the Mercedes-Benz GLE Coupe.