The Cayenne with a slopier than thou roofline comes to India at a starting price of Rs 1.31 crore, and there's a Turbo one too! 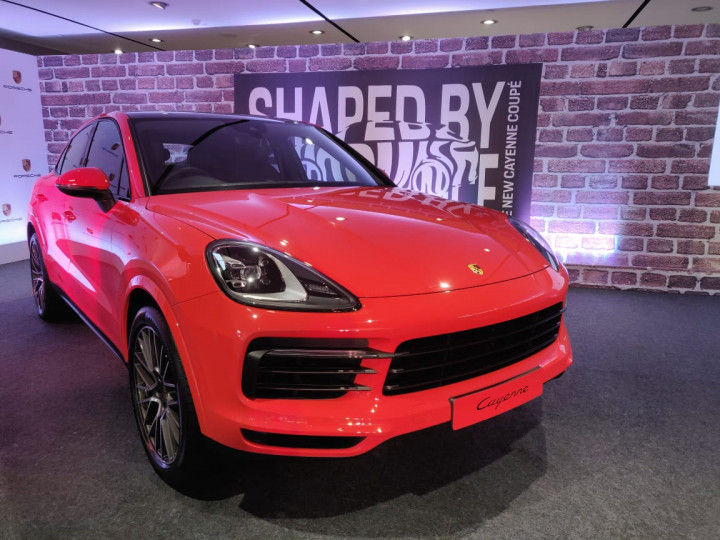 From the front, the Cayenne Coupe looks exactly like the standard SUV thanks to the use of the same LED headlamps, large air dams, and grille. The changes become obvious only when you move to the side and notice the Cayenne Coupe’s steeply raked roofline. It starts sloping down from the B-pillar and flows cleanly to the boot lid, giving it an air of sportiness. Further, flared wheel arches and the 20-inch wheels give it a meaty stance. At the rear, the Cayenne Coupe comes with two spoilers - the lower one rises up to 135mm at speeds above 90kmph for additional downforce. It also comes with connected LED tail lamps and a sporty bumper with dual-tip exhausts.

Inside, the Porsche Cayenne Coupe comes with Porsche’s latest dashboard design that was first seen in the new 911. The central console is dominated by a 12-inch infotainment while the gear lever is flanked by touch-based controls for functions like the climate control and drive modes. The instrument display is also similar to the 911 with an analogue rev counter flanked by digital screens.

The Porsche Cayenne Coupe is offered in two variants - Standard and Turbo. The standard Cayenne Coupe packs a 3.0-litre V6 engine while the Turbo utilises a 4.0-litre V8 engine.

The Cayenne Coupe will lock horns with the Lamborghini Urus, Bentley Bentayga, and the Mercedes-AMG GLE 43 Coupe. We drove the Porsche Cayenne Coupe in France and you can read our detailed review here.

What do you think of the Cayenne Coupe? Will you pick it up over the standard model? Let us know in the comments section below.