It’s the fastest SUV to lap around the Nordschleife, in just 7 minutes and 38.925 seconds! 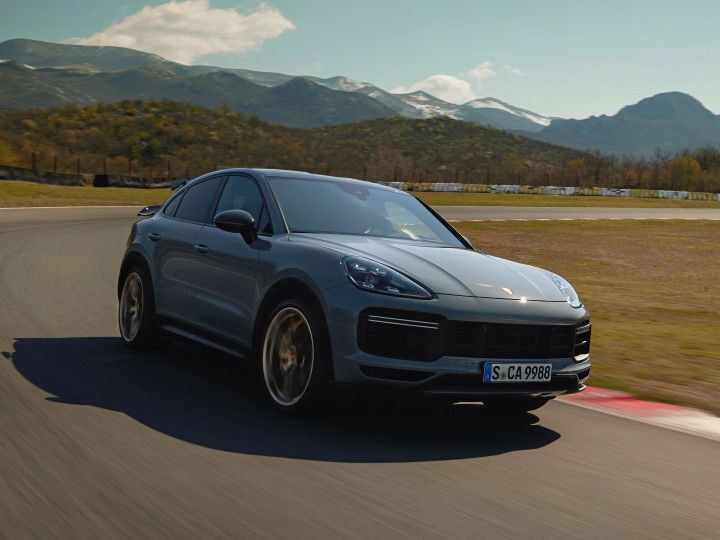 After setting the production SUV lap record around the Nurburgring Nordschleife, Porsche has unveiled the Cayenne Turbo GT, the flagship performance version of the SUV. Considering it set a lap record even before its debut, it’s evident the folks at Porsche have worked day and night to distinguish it from the standard Cayenne Coupe Turbo.

Let’s start with the engine. One might mistake it for the same 4.0-litre twin-turbo V8 petrol motor as the Turbo, however, it isn’t. The Turbo GT’s motor has a different crankshaft, pistons, timing chain drive, connecting rods, and torsional vibration dampers. All of this results in a power output of 640PS (90PS up from the Turbo), bestowing it the crown as Porsche’s most powerful twin-turbo V8 unit. Porsche is yet to reveal performance numbers, but it’s safe to assume it’ll be quicker than the Turbo’s 0-100kmph timing of 3.9 seconds.

The updates to the powertrain don’t stop there. The 8-speed automatic transmission is claimed to shift gears faster while the Porsche Traction Management (PTM) system has also been modified. Also, to cope with the additional heat, the transfer case is now water-cooled. The performance exhaust with its twin central exhaust tips is lighter, courtesy its titanium construction.

Then there’s the handling, which is claimed to be tighter than the Turbo. This is thanks to the 17mm lowered ride height and stiffer air suspension. Also, the anti-roll stabilisation system runs on performance-oriented software, resulting in better stability while cornering. The Turbo GT sits on 22-inch Pirelli P Zero Corsa performance tyres and relies on carbon-ceramic brakes for stopping power.

The Turbo GT stands out from the crowd with its bespoke front and rear bumpers as well as an optional new Arctic Grey colour. It also gets tons of carbon fibre on the roof and rear diffuser. Last but not least, you have the active rear spoiler that is 25mm larger than the Turbo, resulting in an increased downforce of up to 40kgs.

On the inside, the dashboard design is similar to the standard model. However, it now gets Alcantara and Turbo GT badging to denote you’re driving the high-performance SUV. Also, the next-generation Porsche Communication Management (PCM) infotainment system debuts in the Cayenne Turbo GT. The main addition is Android Auto, but Apple fans need not worry as the new infotainment allows the integration of Apple Music and podcasts.

The Cayenne Turbo GT will go on sale in international markets in September 2021. Considering all Porsches sold here are completely built units (CBU), we expect Porsche to offer the new variant by 2022. It will take on the likes of the Audi RSQ8, Lamborghini Urus, and BMW X5M. 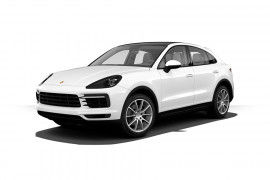 All Comparisons of Cayenne Coupe