While the new Dzire has grown in size and gets more features, will Maruti Suzuki charge a premium for it? 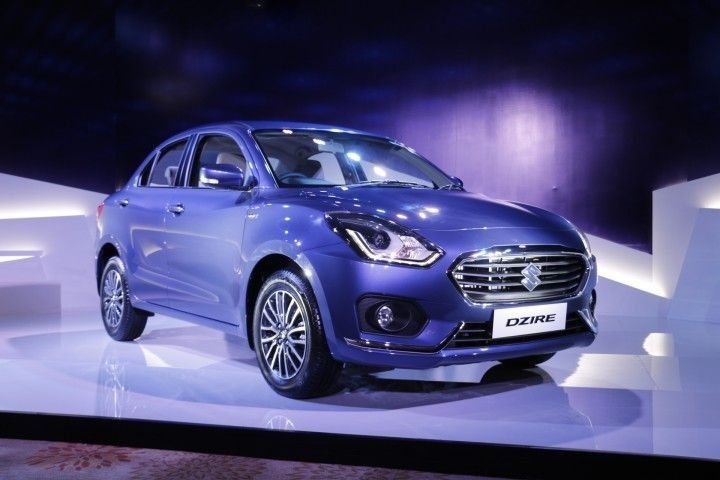 India’s largest carmaker, Maruti Suzuki, will launch the third-generation of one of the country’s largest-selling cars, the Swift Dzire, today. This time around, the Indo-Japanese carmaker has dropped the ‘Swift’ tag and the new iteration will be christened the Maruti Suzuki Dzire instead. Except for the powerplants, almost everything is new on the third-gen Dzire. For starters, the Dzire gets an all-new, lightweight ‘Heartect' platform that helps it shed up to 85kg in the case of the petrol version and 105kg in the case of the diesel variants. The new platform has resulted in a 20mm increase in the wheelbase while the width has gone up by 40mm resulting in a more spacious cabin. Check out the new Dzire vs old specification sheet below.

With a more rounded design theme, the new Dzire gets LED headlamps with LED DRLs, dual-tone alloy wheels and tail lamps with LED guide lights. The boot is longer and more proportionate now and complements the sedan credentials of the new Dzire. The interior gets an all-new layout with black-beige trim, faux wood inserts and a flat-bottom steering wheel. The Dzire gets a 7.0-inch touchscreen infotainment unit with navigation, Android Auto and Apple CarPlay. The new Dzire also gets rear AC vents and a central armrest with cup holders. The Dzire will come with six exterior colour options - Oxford Blue, Sherwood Brown, Gallant Red, Magma Gray, Silky Silver and Arctic White.

On the safety front, the Dzire will come standard with dual airbags, ABS with EBD. Maruti Suzuki has also added a new top of-the-line Z+ variant on the Dzire. As mentioned earlier, the Dzire will retain the same motor - 1.2 litre petrol producing 84PS and 114Nm of torque and a 1.3-litre diesel motor producing 75PS and 190Nm of torque. Maruti Suzuki is offering a 5-speed manual along with the option of a 5-speed AMT (automated manual transmission) with both the motors. The AMT transmission will be offered in the V, Z and Z+ variants of the Dzire.

The Dzire will continue to rival the Tata Tigor, Volkswagen Ameo, Hyundai Xcent and the Honda Amaze. Hence, we expect Maruti Suzuki to price the new Dzire within the Rs 5.5 lakh to Rs 9.35 lakh (ex-showroom) price bracket in India. Stay tuned to Zigwheels for the latest news and updates from the launch.