New Audi A6 To Reach India Before The A8 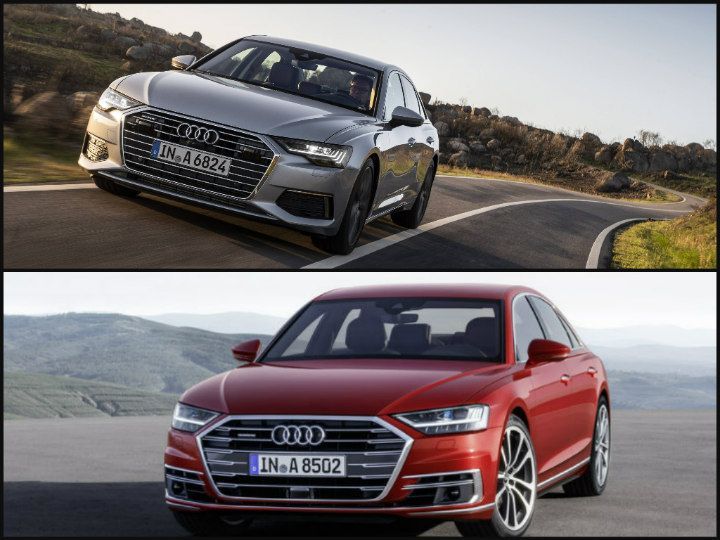 BMW and Mercedes-Benz have every reason to worry as Audi India has officially confirmed not one but two sedan launches for India this year. The brand is set to launch the updated A6 by the end of September while the 2020 A8 will be here by the end of 2019.

In terms of exterior updates, Audi has used the ruler efficiently as both models gets clean lines all around and look sharper compared to their predecessors. And when viewed head on, the A6 looks identical to the flagship A8, which is no bad thing. Where they differ though is at the back. While both models get  connected LED tail lamps, the A6 gets a chrome strip, unlike an LED light bar in the A8.

Inside, both models come with plenty of latest tech from Audi. The cluster of buttons and floating infotainment display has made way for twin touchscreen units that take care of the infotainment and climate control duties. And before you ask us, Audi’s trademark Virtual Cockpit is present in both models.

Talking about features, both models are expected to get four-zone climate control, Android Auto, Apple CarPlay, connected-car tech, rear seat entertainment, wireless charger, powered and ventilated front seats, a high end audio system as well as a panoramic sunroof. We also expect Audi to offer an aircraft style rear seat lounge on the A8 as standard.

While Audi hasn’t revealed engine specifications of the updated models, we expect them to get similar powertrain options that are sold abroad. Both models come with a 3.0-litre TDI that develops 286PS and a 3.0-litre TFSI petrol unit that churns 340PS. They can be had with a 48V mild hybrid system and Audi’s trademark quattro all-wheel drive system. On the other hand, the 2020 A6 will come with a 2.0-litre TDI diesel unit in two states of tune: 120PS and 170PS.

With the introduction of new models, Audi is finally revamping its lineup which to be honest, is starting to show its age. Considering the fact that they will be loaded with features and technology, expect both models to command a premium over the current models. Currently, the A6 is priced from Rs 50 lakh to 51 lakh while the A8 was priced at Rs. 1.09 crore before it was discontinued back in May this year.