The most expensive Mahindra till date packs a luxurious interior, loads of tech as well as off-road chops 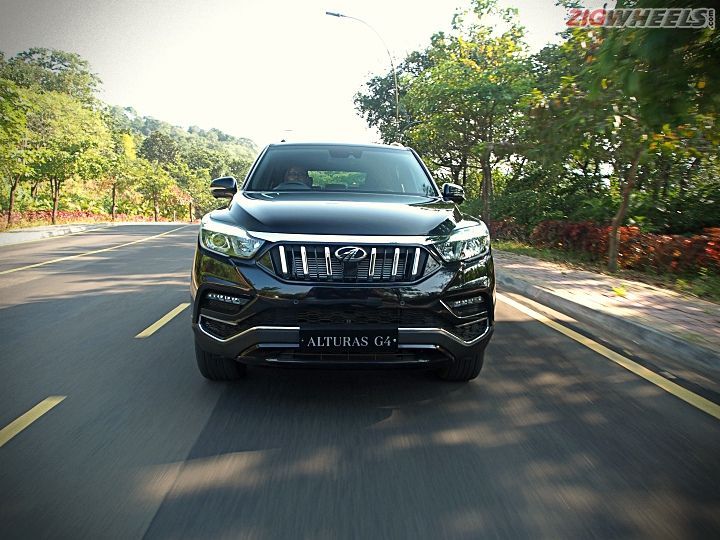 After showcasing it at the 2018 Auto Expo in February this year, Mahindra has launched its flagship SUV, the Alturas G4, in India. This behemoth sits above the XUV500 in Mahindra's portfolio and is available in two variants:

Yes, the Alturas G4 is a rebadged SsangYong Rexton. This is a conscious decision Mahindra took considering the outgoing Rexton struggled to find buyers since it had an unknown badge on the nose. With a familiarly friendly badge, Mahindra hopes more buyers would be accepting of the big SUV.

That, however, does not mean Mahindra has gone to town re-engineering the SUV for India. It’s brought in via the CKD route (from South Korea) and is assembled at Mahindra’s facility in Chakan. Save for components such as the battery and the tyres, practically the whole SUV is made in South Korea.

As you’d expect from an SUV at this price point, the Alturas G4 boasts of appreciably solid build quality and it’s loaded to the gills with equipment too. For instance, the exterior gets some wow-features in the form of HID projector headlamps, daytime running lamps as well as LED foglamps. In terms of size, it’s right up there with the Toyota Fortuner and the Ford Endeavour.

Climb (yes, climb) inside the cabin and you will be pleasantly surprised by the quality on offer here. There’s Napa leather upholstery, soft-touch material on the dashboard, knurled finish for the switches - it feels upmarket. There’s luxury-car tech here to back up the experience too. The top-spec variant includes goodies such as a 360-degree camera, a 7-inch display in the instrument cluster, ventilated front seats as well as an electric tailgate. Usual features one expects at this price point, including a powered-driver’s seat (with memory), a touchscreen infotainment system with Android Auto and Apple CarPlay, cruise control and a sunroof, have been bundled in as well.

On the safety front, the top-spec Alturas packs nine airbags and tech such as anti-lock brakes with brake assist and electronic stability program. Disappointingly, the 2WD variant gets just dual front airbags. It also misses out on feel-good features such as the sunroof, ambient lighting, memory seats, rain-sensing wipers, auto headlamps and the electric tailgate. The big 7-inch screen in the instrument cluster is replaced by a smaller 3.5-inch screen and the 360-degree camera has been struck off the equipment list as well.

On the engine front, the Alturas G4 sports a 2.2-litre motor developed by SsangYong. This engine puts out 181PS of power and 420Nm of torque and is paired with a 7-speed automatic gearbox from Mercedes-Benz. The top-spec Alturas G4 gets a shift-on-the-fly 4WD system with a dedicated 4L mode.

What do you think about the Alturas’ price? A bit too much? Just right? Let us know in the comments section below. If you’ve got your heart set on buying the big Mahindra, don’t forget to read our Alturas G4 Review.