The Lotus Evija EV Has Us Excited For 2,000(PS) Reasons, And It’s Nearly Here! 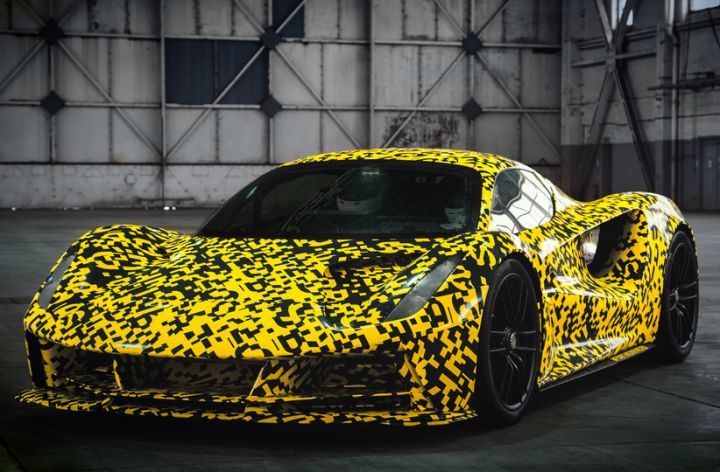 The internet exploded when Lotus announced the Evija electric hypercar back in July this year. Why? It develops a jaw-dropping 2,000PS and 1,700Nm of all-electric propulsion, pretty much stealing the crown for the most powerful series production car in existence. By the way, the zeros are correct, we double checked. After a short break, Lotus has now returned to inform us that the Evija EV has completed high-speed testing before its production begins in 2020.

The British lightweight carmaker has released a short video which shows an Evija in a rather interesting camouflage doing high speed runs in a closed circuit. It is also the first time the hypercar is being shown in the flesh doing what it’s intended to. Lotus also assures that this video serves as a testament to the fact that the Evija is ready to hit production next year. Furthermore, over the course of time, a number of prototypes will be out rigorously testing, even on public roads. This also means that we can expect an inflow of Evija spy shots over the coming months.

Lotus is sticking to its core ethos with the Evija, something which Matt Windle, Executive Director, Sports Car Engineering at Lotus, also assures. He said “Everything about the Evija is ‘For The Drivers.’ I don’t believe there is another EV in the world that can claim this. From the mid-engined-inspired Lotus layout, to the aerodynamics and downforce, the driving position, vehicle stance and unbelievable performance.  It is instantly recognisable as special with a unique character, yet it is unquestionably a Lotus.”

While we are on the topic of brand ethos, we are also pleased to report that the Evija is the lightest all-electric hypercar from the 2,000PS club (Pinninfarina Battista and Rimac C_Two). Four electric motors on each wheel, pushing out 500PS, help the Evija achieve these otherworldly output figures. Targeted 0-100kmph time is under 3.0 seconds, 0-300kmph in under 9 seconds along with a top speed ‘exceeding 320kmph.’

Although the numbers seem insane, the next best trick up the Evija’s sleeve is its charging time. The Evija borrows some alien tech to support an 800kW charger that can fully charge up the hypercar in 9 minutes! That said, good luck finding an 800kW fast charger on this planet.

Capped to 130 units, with a sticker price tag of GBP 1.7 million plus duties and taxes (about Rs 14 crore), the Evija is certainly exclusive. Lotus is also not alone in this path as it’s joined by Rimac and Pininfarina with the C_Two and Battista, respectively. Also, if you’re interested, we did pitch the trio on paper for some kicks.