The Land Rover Defender Could Potentially Have A Pick-up Version

Jaguar Land Rover’s Executive Director of Vehicle Programmes, Nick Collins, has hinted at the possibility of a Defender pick-up 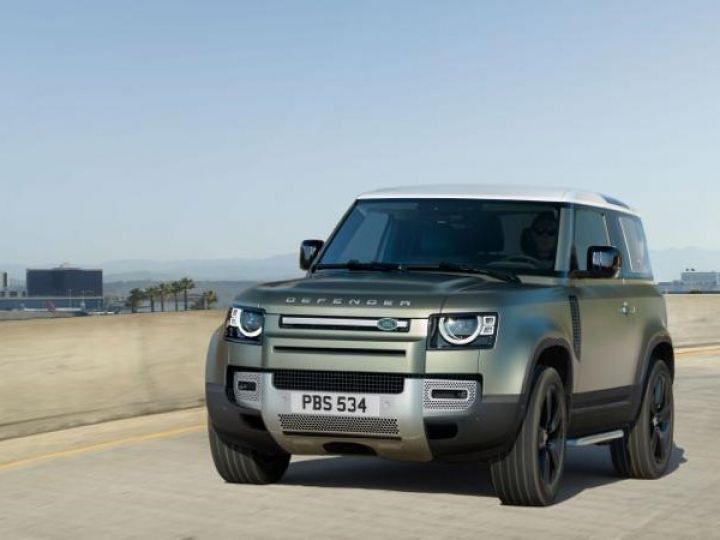 The Land Rover Defender, currently offered in the 3-door (90) and 5-door (110) body styles, is well known for its off-roading prowess and boxy SUV proportions. Now, reports suggest the Defender range could expand into the pick-up truck segment.

In a report, Jaguar Land Rover’s Executive Director of Vehicle Programmes, Nick Collins, said, “there were no structural limitations” to a Defender pick-up and that “you can make a pick-up from a monocoque”.

Actually, a pick-up variant isn’t new for the Defender. The original icon was offered with a pick-up variant with a removable hard-top, canvas tilt, or completely open. So, you could say its introduction to the current-gen Defender is a comeback of sorts.

As for what to expect for the Defender pick-up variant, it's likely to be offered exclusively in the 110 ( 5-door) body style with a choice of petrol and diesel engine options. Plug-in-hybrid powertrains could also be on the cards. If the Land Rover Defender pick-up does come into fruition, expect it to garner a premium over the standard model.

Back home, the Defender retails from Rs 73.98 lakh to Rs 1.08 crore (ex-showroom) and is offered only with a 300PS 2.0-litre turbo-petrol engine. Meanwhile, bookings for the P400e plug-in hybrid have begun, with deliveries expected to commence in April 2021. Prices are likely to hover around the Rs 1 crore mark. The India-spec model could also see a diesel engine in its lineup soon. While the Defender doesn’t have any direct rivals in the country in its price range, the Jeep Wrangler is its closest match in terms of off-road thrills.