Lamborghini Urus To Get New Hardcore Version! Will be More Powerful As Well 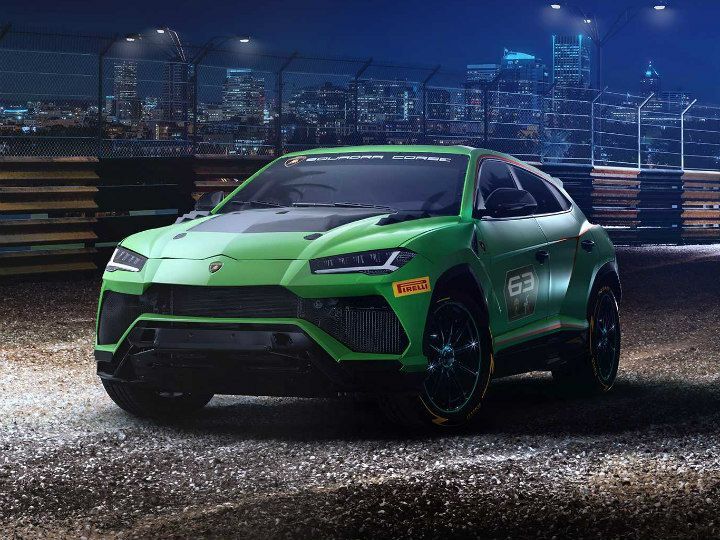 The Lamborghini Urus has been a real game changer for Lamborghini worldwide. It combines the practicality and comfort for daily driving alongside the thrills of supercar performance in a unique SUV footprint, which is a first for the Italian supercar manufacturer. Despite its practicality, the original Urus isn’t a do-it-all SUV. It did lack in the off road department. But now it seems that Lamborghini has heard the prayers of off-road fanatics and has started working on a more hardcore version of the Urus.

There were already reports going around about a new performance-focused Lamborghini Urus. Now though, according to fresh reports, there will also be new variant of the Urus based on the off-road Urus ST-X concept SUV. This is likely to arm the Urus with an array of off-road centric technology and performance upgrades.

The Urus ST-X concept is an off-road track-only version of the Urus SUV with minor upgrades to make it raceable. It was showcased to the world for the first time at the Lamborghini Super Trofeo World Final in November 2018. The ST-X concept differs from the original Urus with improvements such as a roll cage, air intakes, lighter carbon fiber parts, torsional stiffening, fenders, tyres and reprofiled exhausts. Since the new Urus is likely to be based on the ST-X , it is expected to retain most of the ST-X upgrades aside from the roll cage since it will not be a track-only SUV.

The current Urus comes with a 4.0-litre, twin-turbo V8 which gives it a power output of 649PS and 850Nm of torque. Expect the upgraded version to get a more powerful tune with an increase in power and torque.

The current version of the Urus comes with a hefty price tag of Rs 3 crore (ex-showroom Mumbai). The hardcore version of the Urus is likely to be priced even higher. It is still unclear whether the updated Urus will be launched in India, but we hope it reaches our shores soon. The Urus competes with the likes of the Rolls Royce Cullinan (Rs 6.95 crore) and the Bentley Bentayga (Rs 3.85 crore), all prices, ex-showroom India.