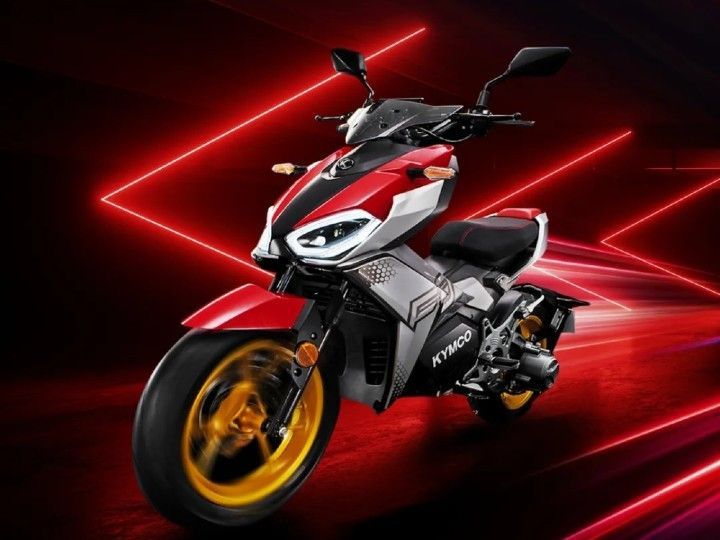 Taiwanese auto major Kymco wowed us with the unveiling of its F9 sporty electric scooter back in November 2020. It has now been reported that the production version is confirmed, and that it will be jointly developed with Chinese manufacturer Changzhou Guangyang Motorcycle Co. Ltd.

The production version of the Kymco F9 will likely be offered in multiple variants with different output and range figures, which should help it appeal to a broader audience with varying budgets. Expect the sporty-looking electric scooter to arrive in China and select Southeast Asian markets by the end of this year or early next year.

The Kymco F9 is powered by a brushless DC motor linked to the world’s first two-speed automatic transmission for electric vehicles. The motor belts out a healthy 9.4kW of power and 30Nm of torque.

The powertrain is linked to a fixed 40Ah lithium-ion battery pack that serves as a load-bearing part of the frame structure. This setup has ensured a kerb weight of 107kg, including the 17-kg battery pack. Interestingly, this setup is similar to the Ather 450X, where the floorboard-mounted battery pack is a part of the monocoque chassis.

The battery pack in the Kymco F9 offers a claimed range of 120km (as per the European test cycle), 0-50kmph acceleration in just 3 seconds, and a top speed of 110kmph. Thanks to the fast-charging technology, the battery pack can be charged fully in two hours.

The electric scooter uses a telescopic front fork and a rear monoshock with a single-sided swingarm. For optimum handling, Kymco has equipped the scooter with a pair of large 14-inch aluminium alloy wheels wrapped in 110-section front and 140-section rear tubeless tyres. Kymco will announce more launch-related details at the Beijing International Motorcycle Exhibition, scheduled from May 28-30, 2021. So watch this space for all updates.

In October 2018, Kymco had teamed up with Indian startup 22Motors to bring a range of premium scooters -- both petrol and electric -- to India. However, things didn’t materialise. We hope 22Motors comes up with an indigenous offering to cater to the fast-growing electric two-wheeler segment here in the country. If you’re looking for a capable, feature-packed, performance-oriented electric scooter, you can go for the Ather 450X, which is the sportiest electric scooter on sale in India.