It’s not every day that you get up close with an automotive research and development facility. We were among the blessed ones to get a chance to explore Hero’s brand new ‘Centre for Innovation and Technology’ in Jaipur. And here’s all that you need to know about it… 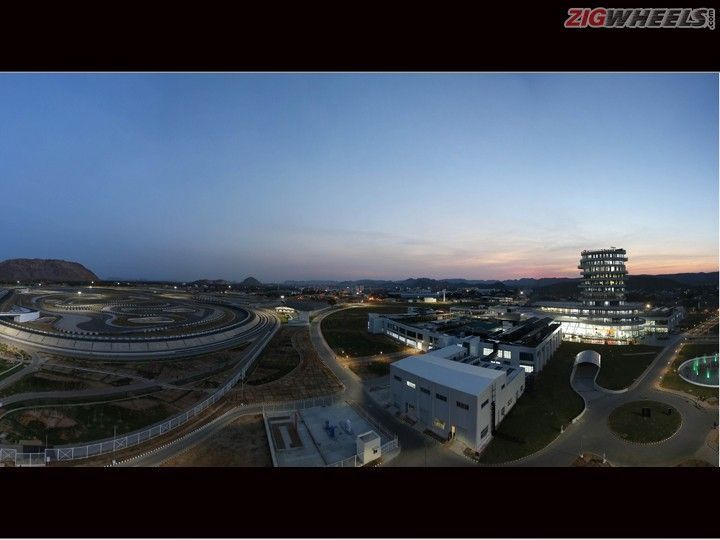 At some point during graduation years, every engineer-to-be dreams of cracking a research and development job at an automobile company. Though I was never able to have that privilege, it was surely a surreal experience to be among the selected few to get an exclusive sneak peek into Hero MotoCorp’s state-of-the-art R&D facility set up on the outskirts of Jaipur. Christened as the Centre for Innovation and Technology (CIT), it is a truly world-class attempt from the largest two-wheeler manufacturer in the world to cement its place at the top of the pile globally.

Everything under one roof

Designed by William McDonough + Partners, the Hero CIT is a one-of-its-kind all-encompassing facility that includes all aspects of R&D, like new products design, prototype manufacturing, testing and validation, under one roof. Sprawling across 247 acres of land, the Rs 850-crore worth facility, located on the Jaipur-Delhi highway, was formally inaugurated on Wednesday by Hero MD, CEO and chairman Pawan Munjal.

If the idea of an all-inclusive campus has taken you aback, wait till you are overwhelmed by the idea of a fascinating test track spread across 100 acres! And to the envy of a lot of enthusiasts, we got the chance to take a Karizma out for a spin here.

Comprising 45 different surfaces to simulate real world conditions, the track consists of several micro testing tracks and spans across a length of 16 km. Chief technological officer of Hero MotoCorp Dr Markus Braunsperger told us that various corners on this track are inspired from several famous tracks across the world. They will also be named accordingly in the coming days.

Iconic Tower: Where the designs are made

Moving straight to business now, the main 11-story building of the CIT that houses the brains behind the designs has been named the Iconic Tower. It houses around 500 engineers, including around 12 top professionals from across the world, who work in the engine development, vehicle development and chassis design teams. On top of the tower is a helipad, in case you were not impressed already.

The process: Idea to reality

Inside the Iconic Tower, the process of creating a new product is divided into two main phases – the concept phase and the development phase. We met various teams inside the tower to get insights on the processes involved.

The first step of the concept phase is a thorough market study that further leads to concept design and then sketch generation in the design studios. More than one sketch is drawn and the best one is democratically selected, to be turned into a clay model to get an idea of how it looks in the flesh.

Following clay modelling, the development phase begins with the engineering design and prototyping. The most fascinating process that we saw here was 3D printing, involving CNC processes and generation of plastic prototypes. These models are then scrutinised under almost 170 different tests, including material testing, NVH, road simulators, EMC, dynamo-meters etc., and are ultimately given their real form upon approval.

The two-wheelers are then put to test under various machines and finally on the track. A dedicated team of testers assesses the bikes on various parameters, on the aforementioned track. A tall watchtower overlooks the track for the supervision of all activities here.

Supporting the environmental cause

Apart from striving for global success, Hero is also committed to creating a sustainable future. With its advanced green technologies, the CIT has received a platinum rating from the Indian Green Building Council. As many as 22 ponds have also been created at the site to ensure maximum recharge through rain water.

The orientation of the building has also been aligned with wind direction to ensure natural ventilation and maximum sunlight. The leisure area ‘Boulevard’ has also been piped with Special Flex underground, to reduce the load on cooling systems.

After our exclusive tour to the CIT on Thursday, the doors of the facility have been completely shut down for general public. So just in case, if you ever wondered what goes on behind the scenes to create a Hero two-wheeler, we’ve now got you covered!