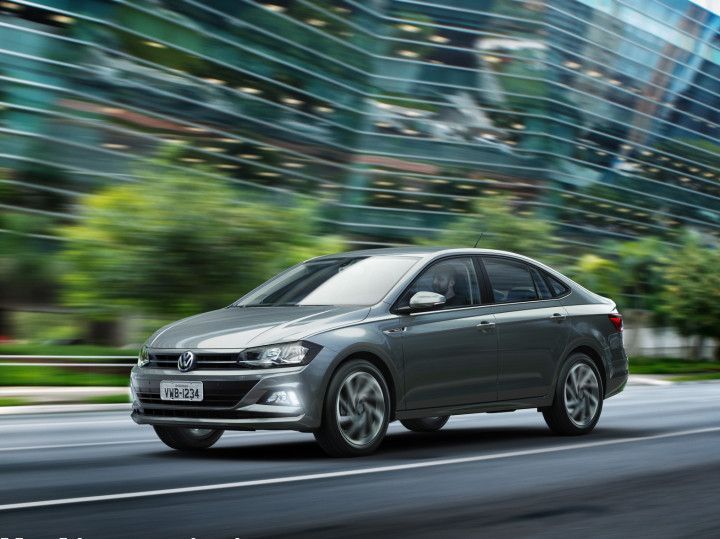 Note: All images are of the Brazil-spec Virtus.

While Volkswagen India is currently busy with the unveiling of the Taigun and facelifted Tiguan, we have some exciting news about the upcoming Vento successor. Set to be launched in the first quarter of 2022, the upcoming model is likely to be called the Virtus. That said, the Virtus name has been objected for now as per the trademark search.

The Virtus was also under the spotlight recently as it was spotted testing in the country on several occasions. The overall design of the Vento’s replacement is likely to be similar to the Virtus, albeit with a minor nip and tuck as it was unveiled back in late 2017 as a 2018 model in Brazil. The Virtus is essentially the new-gen Polo sedan based on the MQB-A0 platform.

Likewise, the Vento’s successor will utilise the localised version of the MQB-A0 platform that underpins the Skoda Kushaq and VW Taigun. It should be powered by the VW Group’s 1.0-litre turbo-petrol engine that develops 115PS and 175Nm. It will be offered with a 6-speed manual transmission and a 6-speed torque converter automatic. The larger locally assembled 150PS 1.5-litre TSI engine can’t be ruled out as it is believed to be pricier and bigger than the existing Vento.

Skoda is also working on the Rapid’s successor, which will hit the market before the Vento’s replacement. It will be larger and pricier than the outgoing model. Both the models will be the same underneath, albeit different suits. It’s likely to be priced from around Rs 10 lakh, putting it in the ballpark of the Hyundai Verna, Maruti Suzuki Ciaz, Honda City, Toyota Yaris, and the upcoming Skoda compact sedan.

The existing Vento could also be sold alongside its successor like what Honda has done with the City.