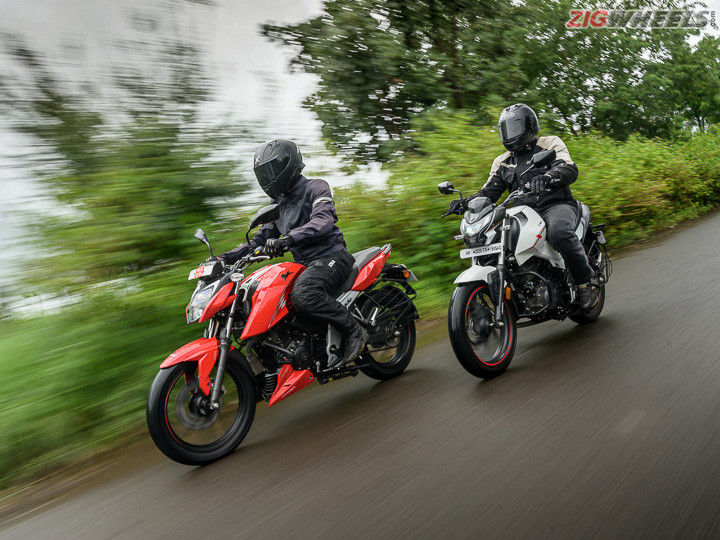 While Hero manages to remain on top of the commuter segment and continues to be the largest two-wheeler manufacturer in the world, its more premium products haven’t quite impressed us. Most importantly, the brand didn’t have any offering in the lucrative 160cc segment. Up until now, that is. The recently launched Xtreme 160R has dazzled us and you can read all about it in our comprehensive road test review here. But now we’re going to take a look at how its performance stacks up against its stiffest competition, the Apache RTR 160 4V BS6.

While the Apache was once in a class of its own when it came to performance, this new era of stricter emission norms has strangled the 4V motor. And now, it's the lightness of the Xtreme that makes it the quicker bike here even despite its power deficit. The gap to 60kmph is a rather tiny 0.2sec but at 100kmph, the Hero is over a second quicker. The Apache is marginally quicker in the 3rd gear roll-on, but the Xtreme once again comes out on top in the 4th gear test.

The same lightweight nature that makes the Xtreme the quicker accelerating bike here also gives it an advantage when it comes to dropping anchor. The Hero requires 4 metres less when stopping from 80kmph, but interestingly, the Apache comes to a halt sooner when stopping from 60kmph.

If the majority of your riding is going to be in the city, the Xtreme 160R should be your weapon of choice, with a slight mileage advantage over the Apache. Out on the highway, though, the RTR comes out on top and manages to squeeze more out of each litre.

So, does the RTR's loss in performance mean that it has FINALLY given up the crown of king of the 160cc segment? Find out in our exciting video here.