The replacement of the not so popular FF looks muscular, is more powerful and more practical 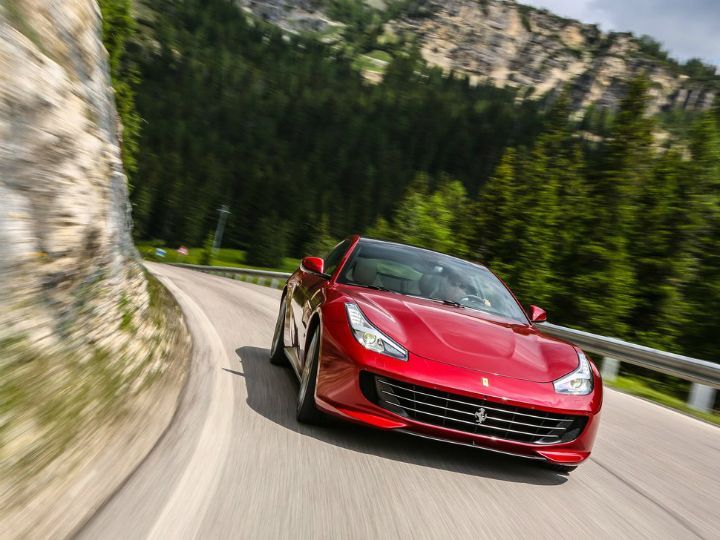 The Ferrari FF was the company's latest iteration of 4-seater grand tourers when it was first launched in 2011. Yes, there have been 4-seater Ferrari's before - the 1972 Ferrari 365 GT4 2+2, 1976 Ferrari 400, 1985 Ferrari 412, 1980 Ferrari Mondial, 2004 Ferrari 612 Scaglietti. But the FF suffered from the same problems that its predecessors did, the appeal for a practical tourer simply didn't exist for customers who expected only sportscars from Ferrari.

While the FF's name signified the car having a front-engined four-wheel-drive architecture, the GTC4Lusso's name suggests that this is a Grand Tourismo (Tourer) Coupe with 4WD with a greater focus on Luxury (Lusso). The GTC4Lusso T's name points to the fact that it encompasses all the above-mentioned facts and is powered by a turbocharged, yes Turbocharged, motor.

The Ferrari GTC4Lusso is powered by a more powerful version of the naturally-aspirated 6.3-litre V12 motor found under the hood of the FF. A higher compression ratio of 13.5:1 (as compared to 12.3:1 earlier), multispark injection (the spark plug can be fired up to three times in a cycle for an almost complete burn), and lower component weights have helped Ferrari engineers squeeze out 690PS of maximum power and 697Nm of peak torque. The motor has a redline of 8,250rpm while 558Nm of torque is developed as low as 1,750rpm. Though the GTC4Lusso is a grand tourer, it achieves 0-100kmph in just 3.4 seconds and goes on to hit a top speed of 335kmph.

The Ferrari GTC4Lusso T is powered by a 3.9-litre, turbocharged V8 motor. This develops 610PS of maximum power at 7,500rpm and 760Nm of peak torque between 3,000-5,250rpm. The GTC4Lusso T's motor develops more torque than the V12 motor but is also more efficient, and should appeal to those who looking for driving range without compromise on performance. 0-100kmph comes up in 3.5 seconds while top speed is a claimed 320kmph.

The design has been done in-house by Ferrari, the FF was designed by Pininfarina, and it has a more aggressive look now. Some of the design highlights include three-louvre air vents on the front fenders, these are not just a throwback to the 1966 Ferrari 330 GTC but are also functional. The rear diffuser has been redesigned for better aerodynamic downforce and reduced drag. The new rear spoiler, which gives the car a fastback look also works to improve the mechanical grip of the steerable rear wheels.

Inside, the GTC4Lusso and GTC4Lusso T gets a new 'dual-cockpit' design whereby all four passengers get their own space inside the car because of a high central tunnel. The steering wheel is now smaller because of a smaller (but no less effective) airbag and the dashboard features two touch-screen infotainment screens.

The larger of the two sits in the middle of the dashboard, the 10.25-inch screen is powered by a 1.5 GHz processor with 2GB of RAM and supports a split display, has in-built navigation, and gets Apple CarPlay. The front passenger can also use a dedicated 8.8-inch horizontal display placed right above the glovebox.

Space for the rear passengers has improved as Ferrari has been able to free up 16mm more space thanks to the new fastback-like design.

Ferrari has improved the dynamic assists for the GTC4Lusso and GTC4Lusso T. The 4RM-S all-wheel drive system now takes into account the rear-wheel-steering system, along with the electronic differential, traction control system, magnetic suspension system and electronic stability control system to provide the best traction under all conditions. Power sent to the front axle can also be transferred to just one of the front wheels if needed.

To keep customers happier, Ferrari is also offering a seven-year maintenance program for the GTC4Lusso. For a fixed upfront cost, customers can get assured regular maintenance (20,000kms or once a year) of their cars from Ferrari trained mechanics at any of the two Ferrari service centres in the country.