The Kia Stinger, available since 2017, has received a midlife refresh 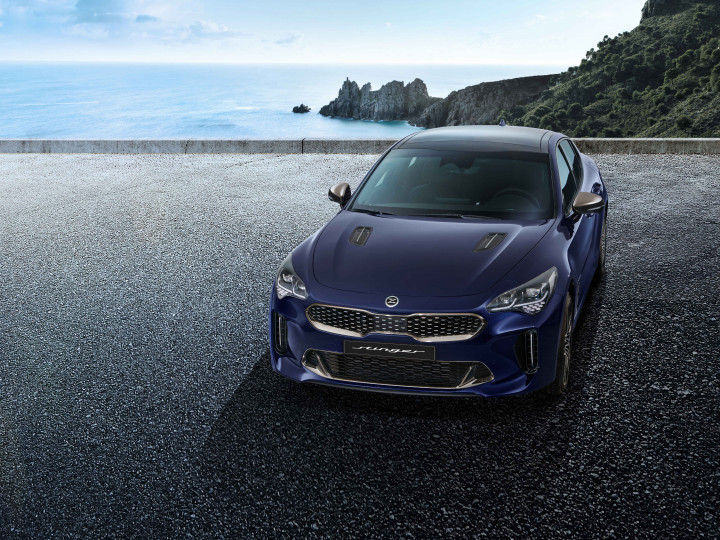 Kia has revealed the updated design for its fastback sports sedan, the Stinger, in South Korea. Aside from improved looks, it gets a host of new features, going a step above the outgoing model. It also gets sleeker design elements and a bigger infotainment system.

The trademark ‘tiger nose’ grille sits in between the sleeker new LED DRLs with reflectors. The connected tail lamps feature a new LED signature, and a shape that resembles the integrated spoiler. A cool addition to the rear are the turn indicators. It hosts 10 individual LED units that form a pattern which resemble a chequered flag when turned on.

Maintaining its sporty appearance, the Stinger gets a quad exhaust system and a rear diffuser at the back. From the side, the coupe-like roof and the body lines along with the 18/19-inch alloy wheels contribute to the agility of the Stinger.

Kia has fixed one issue that was a turn off for many in the preceding model: its underwhelming cabin. The cabin in the new Stinger looks more premium in terms of layout and materials used, mixing luxury with sportiness. Features such as the new 10.25-inch touchscreen infotainment system, 7.0-inch digital instrument cluster, and 64-colour mood lighting system ensure a luxurious grand touring experience.

While Kia has revealed the Stinger in its Korea-spec form, we can expect its customisable options to be available in most of the markets around the world. The Korean Stinger will get a Dark Brown monotone interior, whereas other markets will include the Nappa leather upholstery. The Stinger will also come with more colour options and offer more customisable elements. It gets two new exterior colour packages for the first time: the ‘Dark Package’ and the ‘Black Package’ (North America only). These will feature blacked-out and gloss black elements, and a new rear wing.

Kia is set to launch the updated Stinger in Korea late this year, but there is no info about it coming to the Indian market as of now.